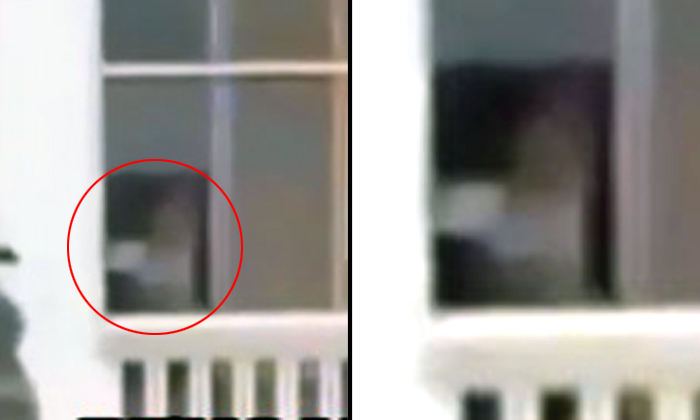 If you are still undecided on where to bring your special someone to for Valentine's Day, Old Changi Hospital is probably very low on your list.

Judging by this video shared by Lim Chee Kiang on Pencari Entiti Crew - P.E.C, that is probably a wise choice.

According to the caption for the video, a spooky figure was seen running down the corridor there.

To top things off, the figure was allegedly wearing a nurse's uniform.

However, it is difficult to actually make out if the figure is wearing a nurse's uniform in the clip.

But a white figure, that appears to be wearing a hood, similar to those that are part of a nun's outfit or an old nurse uniform.

This video reminds us of a spooky figure that was seen sitting behind a girl who was staying with her friends Aloha Changi Yach Club Chalet.

The group of youths highlighted in their social media post that their chalet room was located right opposite "Old Changi Hospital and the infamous abandoned Aloha Changi resort".

Has anyone had a similar sighting in Singapore?