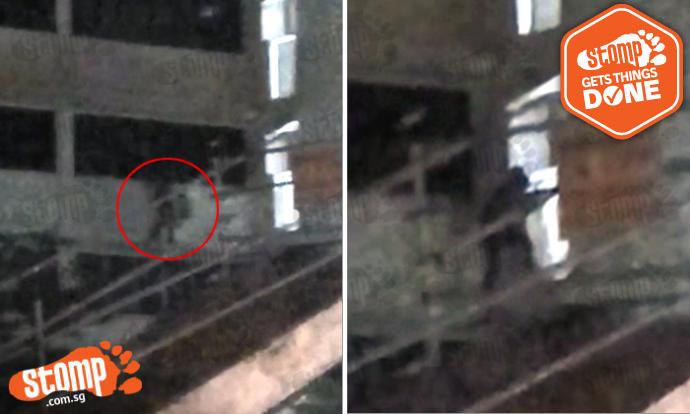 Two men have been arrested following a Stomp report on a man who was spotted walking on the ledge of a HDB block at Braddell Road.

The report was submitted on Jan 13 by Stomper Din, who was taking photos of a crane at a Braddell Road Lorong 8 construction site he was working at.

However, as he was taking the photos, he spotted a man walking on the fourth-storey ledge of Block 219, so he immediately recorded a video of that.

In response to the Stomp report, a police spokesperson said that the man seen in the video was arrested.

Related Stories
Construction staffer takes photo of crane, only to spot man walking on ledge of block at Braddell Road
Town council to engage pest controller to deal with rodent after Stomp report
Smiles all around when man who lost wallet gets it back from kind soul after Stomp report
Stomp gets things done
police
arrest