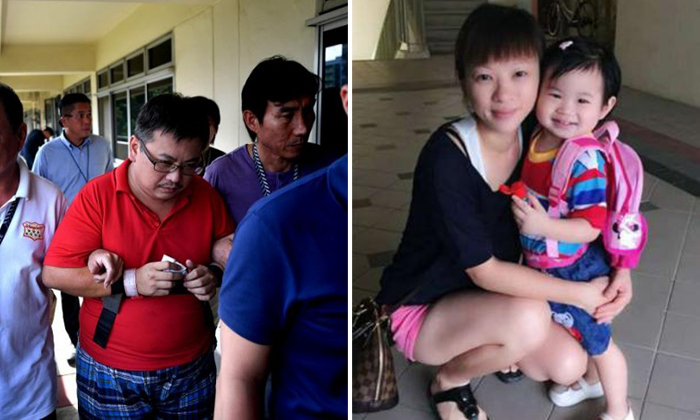 Police officers on Friday (Feb 10) afternoon escorted the suspect in the Woodlands double murder case back to the crime scene.

Teo Ghim Heng, also known as Zhang Jinxing, 41, was led by officers to his home at the sixth floor at Block 619, Woodlands Drive 52.

A handful of residents peered out from their units as Teo was escorted to the crime scene at 4.18pm, entering the unit with five officers. Teo and the officers left the scene about 50min later at 5.09pm.

Teo was charged on Jan 30 with murdering his wife, Madam Choong Pei Shan, 39.

His wife's body - along with the body of their four-year-old daughter, Teo Zi Ning - was found on Jan 28, the first day of Chinese New Year.

The police had taken Teo to the crime scene earlier, at 2.35pm on Friday, but did not exit the lift at the sixth floor and instead went back down and left in a grey van.

If convicted of murder, Teo will face the death penalty.