Woman who got ex-hubby and BF to punch, kick and hit her former lover with chair jailed 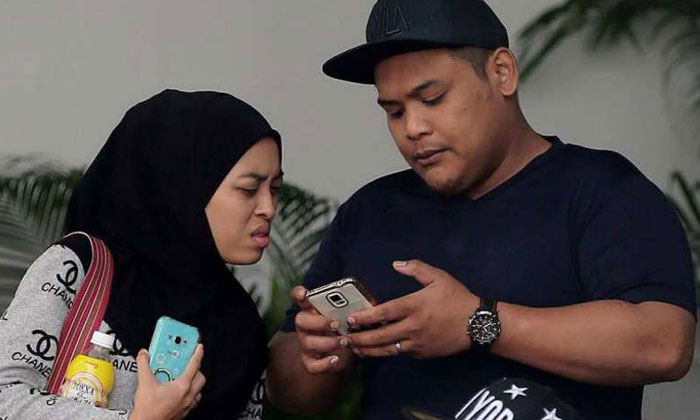 A woman enlisted the help of her former husband and her current boyfriend to attack her former lover in a dispute over her daughter.

Siti Norhaizah Abdullah, 31, pleaded guilty on Wednesday (March 22) to causing hurt to Mr Muhammad Abdul Latip, by repeatedly punching and kicking the 31-year-old on his face and body.

She and her ex-husband Abdul Halil Osman, 31, and her boyfriend Rahmat Jumari, 29, had also hit the victim multiple times with a foldable chair.

The offence took place in the common corridor of a HDB block in Bukit Batok West Avenue 4 on Jan 27 last year.

Siti was sentenced to six weeks' jail. Both were allowed to defer sentence until April 21 so they can make care arrangements for Siti's five children, aged between three and 11.

Abdul Halil was earlier jailed nine months for his role in the attack.

Deputy Public Prosecutor Clement Yong said the group went to Mr Muhammad's home at about 6.30am that day. This was with the intention of helping the mother of five take back her daughter, who had been living with the victim and his mother.

Siti knocked on the door and asked to see her daughter while the two men waited at the staircase landing.

When Siti and Mr Muhammad started arguing, Abdul Halil joined in the argument.

Shortly, Rahmat punched Mr Muhammad on the back of his neck a few times.

When Mr Muhammad turned around, Abdul Halil used a chair to hit him on the back of his head three times.

Mr Muhammad fell and Rahmat kicked him in his back. Both Rahmat and Abdul Halil started to punch and kick him multiple times.

DPP Yong said: "Even though the victim tried to crawl away, he did not succeed as (Siti) stood in his path to block his way."

As a result, Rahmat continued raining punches on the victim's face .

Abdul Halil then passed the chair to Siti who used it to smack the lower half of Mr Muhammad's body. She also kicked him a few times.

Rahmat then pulled down Mr Muhammad's pants and Siti took several photos of him with a mobile phone.

Mr Muhammad eventually managed to get up and return home. His injuries included a non-displaced fracture of the right frontal sinus. He was discharged from hospital four days later and given hospitalisation leave for two weeks.

Defence counsel Gino Hardial Singh said in mitigation that the primary intent was to get Siti's child back from the victim. He said it was a family dispute which Halil and Rahmat escalated into an assault.

The court heard that Siti and Rahmat are not living together but Rahmat said he wants to marry her.