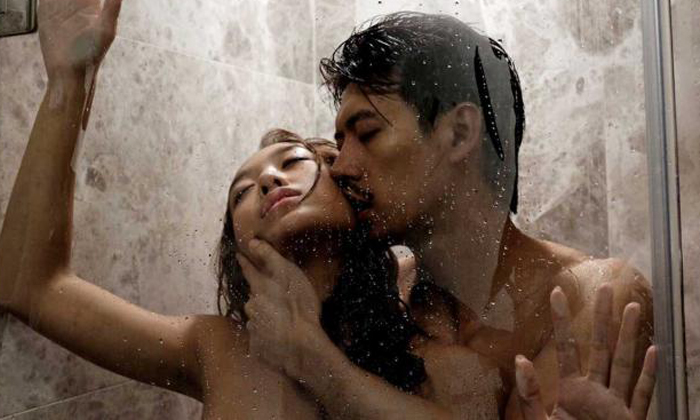 No sex, please, we are Singaporeans.

Despite the longevity of the nowdefunct Yangtze Cinema, which screened sex-themed movies from the mid-1990s until last year, it seems that most Singaporeans do not have an appetite for celluloid sex, in particular, those made here.

Loh, 50, says: "I hope I'm able to showcase a different kind of film in Singapore, that we don't just churn out one kind of film. There are different directors doing different things, different from the usual HDB drama."

He has a Herculean task on his hands because there could be a bias against local sex-themed films.

Han Yew Kwang, who directed Rubbers, admits to being prejudiced himself: "If I go for Fifty Shades Of Grey (2015) or The Wolf Of Wall Street (2013), I expect to see some skin and really hot scenes. Asian or local films may not be as sexy."

The 41-year-old says things may change if there are more of such titles and people come to accept them as a niche genre and become more comfortable watching them.

But others in the industry do not think sex on-screen draws local cinemagoers only if it features foreigners.

Mr Ng Say Yong, 54, managing director of film producer and distributor mm2 Entertainment, says: "I think viewers will judge a movie based on its merits, whether it is well-made and has a compelling story and characters."

Film-maker Eric Khoo, 51, concurs that there is no bias.

His movie, In The Room, which weaves together six stories set in Room 27 at the fictitious Singapura Hotel, has Japanese adult-video actress Show Nishino in the cast, but also failed to sizzle at the box office.

On the other hand, an R21 rating not only limits the demographic of the audience, but also comes with restrictions on marketing and locations where a film can be screened.

R21 titles cannot be screened in suburban cinemas, and advertisements at bus stops, for example, are out of the question. The display of posters and banners for R21 films is restricted to cinemas licensed to exhibit such films.

Han says: "The tricky thing is how to make one that will get a comfortable rating and yet attract enough audiences. I'm still learning."

In The Room was released in commercial cinemas here, with an "international version" which was tweaked from the version that premiered at the Singapore International Film Festival in 2015. Visual effects were added and no cuts were made. The film's executive producer Tan Fong Cheng had told The Straits Times that this was a "sexier" version.

Regarding its R21 rating, IMDA notes: "In several scenes, couples are seen... in various sexual positions for extended periods of time. There are also scenes portraying foreplay between couples, featuring fullfrontal nudity with genitalia visible at times."

Lang Tong, about a womaniser who is drawn into a murderous scheme involving two sisters, was rated R21 for its general release. It had three minutes of sex scenes, including two lesbian love scenes, snipped.

But Loh says he was not deterred from sticking to his vision for Siew Lup. "The censorship thing is not my job. I'm a film-maker, my job is to make films."

Siew Lup, which IMDA says has "frequent depiction of simulated sexual scenes coupled with nudity", has been given an R21 rating with no cuts.

Given the difficulty of such racy flicks turning a profit, Clover Films managing director Lim Teck, 41, says his company has steered clear of making them.

Not only is it "challenging" to obtain sponsorship revenue for sexthemed movies, he says, but there is also tough competition from more established markets such as Japan and South Korea, which have scores of such material readily available.

Despite the dismal performance at the box office, local sex-themed films can be viable once foreign sales are taken into consideration.

"The most important thing for films that are not comedies is that they should have legs overseas", says Khoo.

In The Room had a reported estimated budget of $1 million and grossed $52,000 here. Add in its proceeds from sales to more than 10 territories, including France and Taiwan, and the production cost was recouped, says producer Tan.

NEED TO OVERCOME PREJUDICES AND RATINGS

Mr Ng from mm2 says the company had financially committed to the two titles from the get-go as it saw the potential in the film-maker.

He says of Loh: "He's not just a sex-themed director - if that's the case, that's limiting. In fact, Sam is developing a horror film with us next. We see the suspense-thriller horror side of Sam more than the sex part."

Lang Tong and Siew Lup have been sold to Taiwan and mm2 is in talks with South Korea and Japan. Mr Ng says that Lang Tong "barely" broke even.

In contrast with the struggle of local sex-themed films to find an audience, risque Hollywood flick Fifty Shades Of Grey (2015) grossed more than $2.4 million in Singapore. It is the top-grossing R-rated film here.

The collective budget of Lang Tong, Rubbers and In The Room was about $2 million and they each opened on between five and seven screens.

A lower-budget film would have less resources for marketing and fewer screens mean a lower chance of getting seen.

Moreover, Fifty Shades Of Grey, whose sequel Fifty Shades Darker in now in cinemas, has one key advantage over Lang Tong, In The Room and Rubbers - a built-in audience that has read E. L. James' best-selling novel, on which it is based.

As Khoo says: "The book is so big that you will find a certain traction there."