Why is this creepy doll sitting above the tracks at Dhoby Ghaut MRT station? 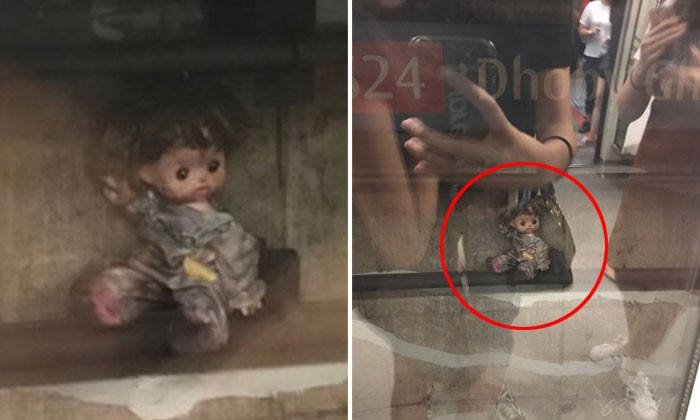 When you see foreign objects on MRT tracks, chances are that they are inconspicuous and will not be staring back at you.

Well, that was not the case for Twitter user Ashley Soo.

She posted photos on her account on Jan 31 showing a creepy doll sitting on what looks to be a pipe above the MRT tracks at Dhoby Ghaut MRT station.

The doll had big eyes and was clad in a crumpled and oversized outfit.

The photos caused quite a buzz on Twitter, garnering 1,800 likes and 6,700 retweets.

Ashley tweeted shortly after uploading the photos: "YALL PLS PRAY FOR ME TONIGHT."

It is unclear who (or what) placed the toy there... assuming that the doll did not get there by itself.

SMRT has since removed the creepy object and is investigating the incident.