Who says you can't give birth 50s? She gave birth to a pair of boy twins 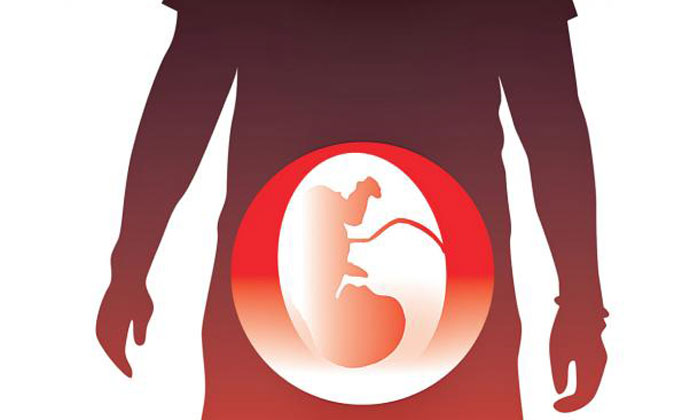 Many women become grandmothers in their mid- to late 50s. But one woman became a mother at that age last year.

The woman, aged between 55 and 59 years old, gave birth to twin boys in August.

She is believed to be the oldest woman in Singapore to have given birth since 1989, a Sunday Times check of birth data has found.

The Immigration and Checkpoints Authority (ICA) has maintained the birth registration records since 1989. The woman's identity and her exact age were not revealed.

Singapore's oldest mother is one of the few - but growing - number of women giving birth in their 50s.

It is part of a worldwide trend, thanks to technological advances in reproductive healthcare and women delaying childbearing till later in life. For instance, American singer Janet Jackson gave birth to her first child, a boy, at the age of 50 on Jan 3.

But doctors caution against childbearing for women in their 50s. The risks for a host of medical problems, from hypertension and pregnancy-induced diabetes to stroke and heart attack, are all significantly higher for these women, said Dr Roland Chieng, medical director of Virtus Fertility Centre Singapore.

Medical risks aside, there are other considerations, such as the older mother's energy levels to care for a baby and her remaining lifespan as she has a young dependant, doctors said.

But what is clear is this: Women who give birth in their 50s have gone to great lengths to have a baby at their age. Doctors said they are most likely to have used a donor's egg to get pregnant.

Associate Professor Yu Su Ling, director of the Centre for Assisted Reproduction at the Singapore General Hospital (SGH), said the average age of menopause for a woman is 49 to 50 years, when her body has no more eggs.

Prof Yu said: "For those who are still producing eggs at this age, the majority of eggs are abnormal. The chances of getting pregnant using her own eggs, even with in-vitro fertilisation (IVF), are almost zero."

As women aged 45 and older cannot get IVF treatment here, these women in their 50s go abroad to find an egg donor and do the IVF.

Through IVF, the donor's eggs are retrieved and fertilised with the sperm of the recipient's husband in a laboratory, and the resulting embryo is implanted in the woman's womb.

The Health Ministry said the reason for the age limit is that IVF success rates fall significantly after 45, among other risks for the older mother and her baby.

In the past five years, the number of women in their 50s here giving birth has shot up.

This is because more older women are using donor eggs to get pregnant, said Dr Loh Seong Feei, medical director of Thomson Fertility Centre. They could have asked their friends or relatives to donate, or found a donor overseas.

And in the first nine months of last year, there were seven babies born to mothers aged 50 and older.

Doctors interviewed said their patients do not intentionally delay motherhood until their 50s. Some married in their 40s. Others tried for a child for many years, going through multiple rounds of IVF without success, before turning to an egg donor as their last hope for a baby.

The doctors encourage women not to delay childbearing as the risks of complications during pregnancy for both mother and child increase as she ages.

While it is not impossible, Dr Loh said it takes "almost a miracle" for a woman in her 50s to conceive naturally. Dr Yong Tze Tein, a senior consultant at SGH's department of obstetrics and gynaecology, knows of one woman who conceived naturally in her early 50s and went on to have a healthy child.

In one unusual case, a woman in her 50s gave birth to her own grandchildren - a pair of twins.

Mr Barrie Drewitt-Barlow, chief executive of the British Surrogacy Centre of California (BSC), had a Singaporean client in her early 50s who wanted to help her son and daughter-in-law, both in their late 20s, start a family. Her daughter-in-law could not carry a baby to full term due to medical reasons. She also could not produce viable eggs that could lead to pregnancy.

So, the woman found the BSC and, through it, a 23-year-old American student at an Ivy League university to donate her eggs.

"She wanted her son to have a child and to make her a grandmother," said Mr Drewitt-Barlow.

The risks of complications during pregnancy are significantly higher for women in their 50s, doctors interviewed warn.

These include a higher risk of hypertension, gestational diabetes, heart attack and stroke.

Older mothers also have a higher chance of giving birth prematurely. The smaller the pre-term baby, the higher the risk of complications such as brain damage, said Dr Suresh Nair of the Seed of Life Fertility and Women's Care Medical Centre.

And older mothers may not have as much energy to raise a child. Their remaining lifespan is another concern, said Dr Nair.

Thomson Fertility Centre's medical director, Dr Loh Seong Feei, often comes across patients in their 30s and 40s with a low reserve of eggs or with eggs of poor quality, which makes it hard for them to get pregnant.

He said: "They delay childbearing because of their career, or they marry late. By the time they seriously look at childbearing, their eggs are already compromised. This is why I always encourage my patients to start their families early."