What happened during the horrific Sook Ching Massacre in S'pore that left more than 40,000 people dead 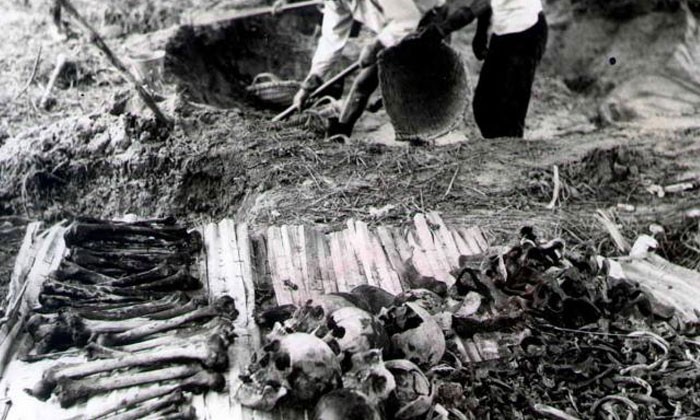 One day later on Feb 16, Singapore was renamed Syonan-To (Light of the South), and thus began 44 months of great upheaval under Japanese rule.

One of the darkest hours during the period was Operation Sook Ching, in which anti-Japanese elements among the Chinese community in Singapore were rounded up and killed, as punishment for supporting China's war effort.

The operation, meaning "to purge through cleansing", was carried out from Feb 21 to Mar 4, 1942, according to The Straits Times.

During the operation, Chinese males aged 18 to 50 were rounded up and inspected at screening centres.

The epicentre of the screenings was the Sook Ching Inspection Centre, a huge cordoned enclosure surrounded by barbed wire to prevent "suspects" from escaping, according to the National Heritage Board's Roots.sg web portal. Today, the site houses the Hong Lim Complex in Chinatown, where a memorial for Operation Sook Ching stands.

Suspects were singled out based on their age and occupation, physical appearance, personal wealth and educational background. Only those who 'passed' the screenings were released, whereas those who did not get through were loaded onto trucks and transported to killing sites for execution.

The Straits Times reported that many of the bodies of victims were washed ashore on Blakang Mati Beach (which is off Sentosa Gold Course), and buried there.

The exact number of people who died in the operation remains unknown. Officially, Japan claims that 5,000 were killed, but it is estimated that between 40,000 and 50,000 were killed in Sook Ching and other related mopping-up operations.

Related Stories
So atas! See what soldiers in the S'pore army get to eat outfield
Young girl dies after being flung off amusement park ride in China
war
singapore
death
tragic
Japanese
scary