What City Harvest Church leaders can expect in Changi Prison 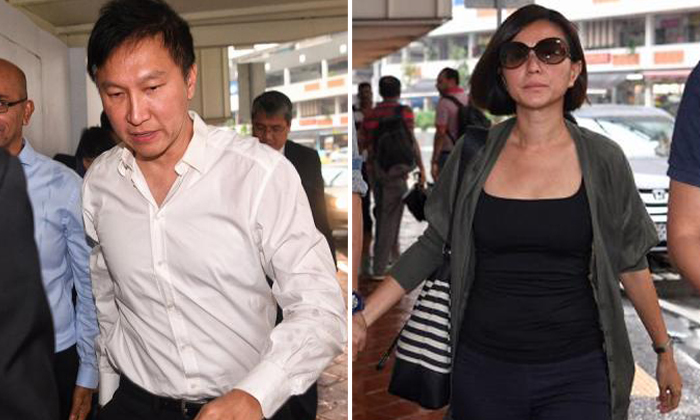 The five City Harvest Church (CHC) leaders who began serving their jail sentences at Changi Prison yesterday will step into a place with which their church has had dealings for many years.

CHC has been providing chapel services and support group sessions at Changi Prison since 2001. The Straits Times understands, however, that the convicted leaders will probably not have access to their own church's services to ensure there is no "conflict of interest".

If they want, however, CHC founder Kong Hee and the others will be able to attend Christian counselling services offered by other churches.

The women will undergo a similar process at the Changi Women's Prison and exchange their civilian clothes for standard prison T-shirts and shorts.

The inmates' belongings have to be surrendered to prison staff and can be redeemed on release or by their family members.

No long hair is allowed for male or female prisoners, unless the inmate is a Sikh. The hair must be above the ears. As they turned themselves in yesterday, both women had already cut their hair short.

Days in prison normally revolve around activities such as training, counselling and work for which the inmates receive allowances.

The jobs they do could involve laundry, cooking and baking, call centres, or business jobs outsourced to prisons. But not all inmates are eligible or deployed for work.

The prison issues standard gear to inmates such as a blanket, a mug and a toothbrush each. They also have access to newspapers and can watch television during prescribed hours. There is, however, no Internet access.

Inmates are served three meals a day. These are simple but nutritious - usually rice with fish or meat and vegetables. The cutlery is usually made of plastic, for security reasons. They have their dinner in their cells, which are of different sizes for different numbers of them.

They can exercise and work out regularly.

Inmates are allowed visits from family members and other approved visitors. They can choose to have either two tele-visits a month, each lasting 30 minutes, or one tele-visit and one face-to-face visit. The face-to-face visit can last up to 20 minutes and can include up to three visitors. Inmates are also allowed to receive approved reading materials of up to three items per visit.

With good conduct, Kong, like the others, could earn a one-third remission on his jail sentence. This could see his prison term cut to 28 months. He may even qualify for home detention for the tail-end of his jail term, and effectively serve two years in jail.

Among other things, inmates have to serve at least half their jail term before being considered for home detention. Such home detention cannot be longer than six months, according to the Prisons Act.