Watch how lorry skids and squashes unlucky car onto railing 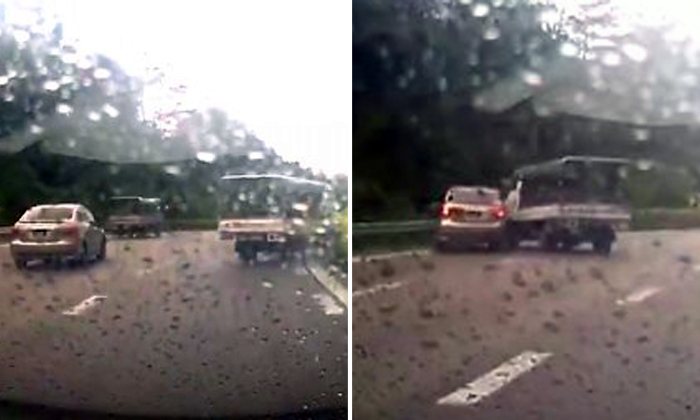 This car driver was probably cursing his own luck after his vehicle got squashed onto a railing, thanks to a lorry that skidded on an expressway.

A clip showing the incident was posted on Roads.sg by Ken recently.

It shows the lorry start to skid on a rainy day.

After slipping and sliding all over the lane, it crashed into the railing on the right side of the road, sending it careening left from the impact.

It ended up slamming a car onto the railing on the left side of the road, despite the best attempts of the car driver.

"I bet if we take a look at the lorry's tires they'll be balder than Homer Simpson's head," read the caption.