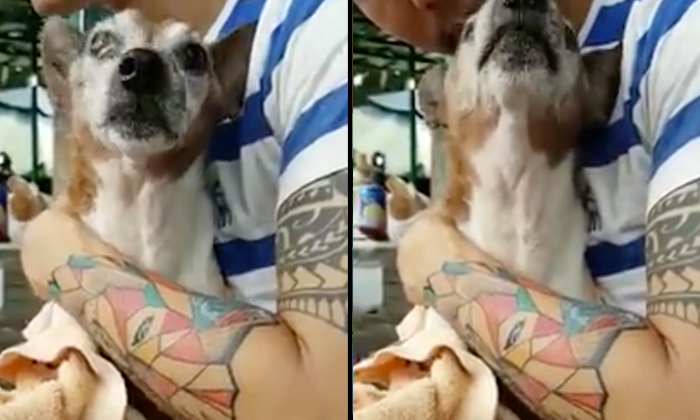 Stomper Ah Boy came across a Facebook post by Voices For Animals (VFA), a welfare group that also runs a shelter for dogs today (May 1) and shared the link with Stomp.

According to the post, the elderly dog was abandoned by its owner and is blind.

It was also in distress when found, and attempted to bite the volunteer who found it, but calmed down after getting used to his voice and smell.

The volunteers also trimmed the dog’s nails and cleaned its eyes.

In a video uploaded with the post, the dog was shown, alongside a volunteer who was hugging it.

The dog continued howling throughout the video as volunteers continued to coaxing it.

The post also revealed that VFA intended to keep the dog, which they have decided to name ‘Lego’, should his owner not return for him.

“To the owner, if you have a heart, please claim your dog back.

“And to others out there, pets are a part of your families.

“Ever since the day you adopted them, they have given you trust, love and companionship.

“Do not abandon them for your selfish reasons, and I don’t think any of you would abandon your parents on the road or wish for your kids to abandon you.”

Watch the video below, and remember your tissues.