Van goes up in flames at Farrer Park 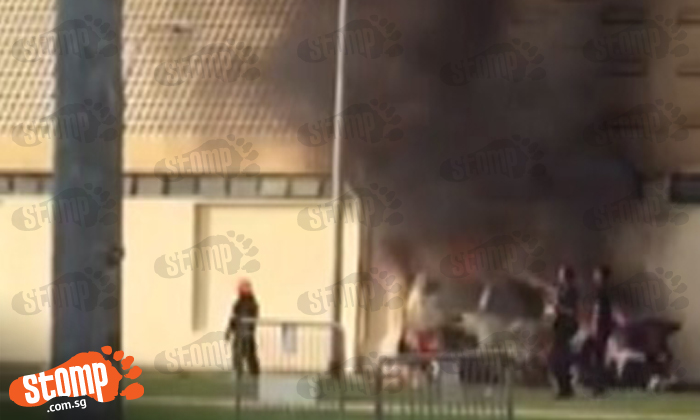 Stomper Max was on his way to work this morning (Jan 12) when he came across a van on fire outside Anguilla Mosque, along Birch Road.

In the video the Stomper submitted, thick black smoke can be seen billowing out of the burning van.

According to the Stomper, firefighters and the police quickly arrived and cordoned off the area. The fire was promptly extinguished in three minutes.

Stomper Eva was also in the vicinity and sent Stomp a video of the van going up in flames.

A spokesperson from the Singapore Civil Defence Force (SCDF) said: “SCDF was alerted to a vehicle fire at the junction of Birch Road and Serangoon Road at about 8.30am.

“There were no reported injuries and the cause of the fire is under investigation.”

Kudos to the Singapore Police Force and Singapore Civil Defence Force for their quick response!