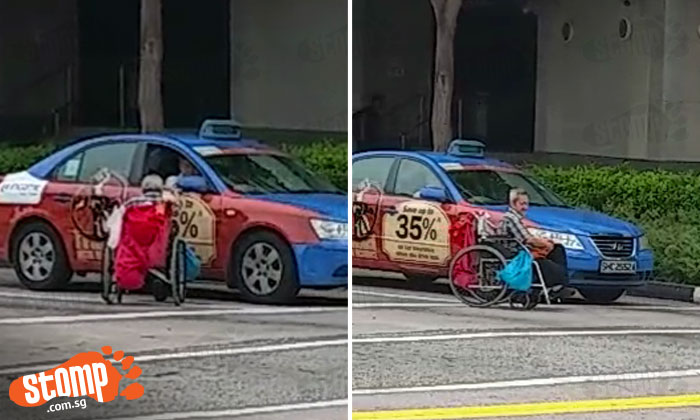 Stomper Vernon saw an elderly man on a wheelchair risking his safety to go onto the road to allegedly ask for money from a taxi driver on Jan 7 on Race Course Road.

In the video the Stomper shared, the man is seen wheeling himself on the road into oncoming traffic to talk to the cabby before moving back onto the pavement while gesturing to passers-by.

According to Vernon, this is not the first time he has seen the man doing this.

The man has been a common sight outside Farrer Park MRT Station for the past six months.

"This old man has been asking money from people in a very aggressive manner.

"He will often shout and scold people who reject giving him money.

"Sometimes, when people do stop to give him some money, he will snidely remark that the person is stingy if they give him $2.

"Sometimes he offers tissue packets for the money and other times he doesn't.

"The worst is when he barges onto the middle of the road to get money from motorists.

"I think that this is too much."