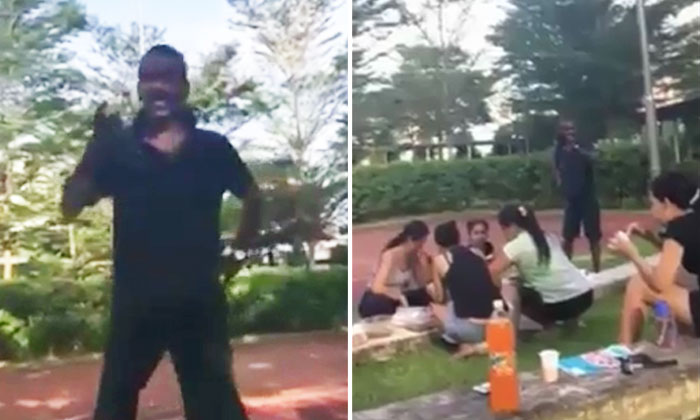 An man was caught on camera hurling vulgarities and using derogatory language on a group of women who were having a picnic.

According to the video posted on All Singapore Stuff, the incident took place near a playground at Punggol Drive.

At the beginning of the video, the man can be heard screaming at the top of his lungs at the women for disturbing his sleep.

He then threatened to use his slippers to hit one of the women at the scene.

At one point, he told the the group that they were here to make a living and should not be disturbing him.

The man then used many derogatory terms on the women as the video went on, some of which involved sexual references.

He went on for about one-and-a-half minutes before cooling down a little.

Towards the end of the video before he left, he shouted at them:

It us unclear what caused the man to be so worked up. In any case, kudos to the women for keeping their cool as they were being verbally abused.