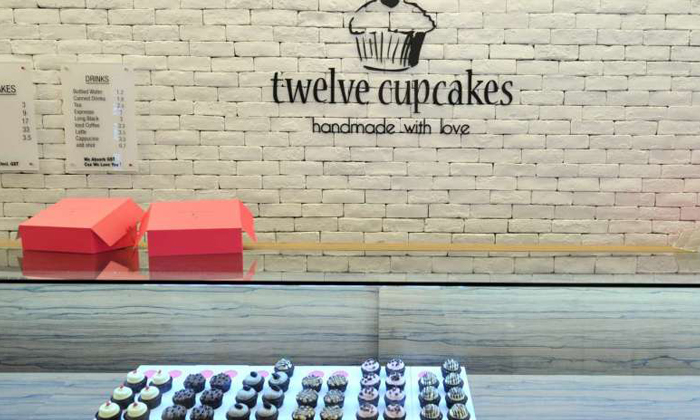 Home-grown cupcake chain Twelve Cupcakes has been acquired for $2.5 million by the Kolkata-based Dhunseri Group, which is one of the top 10 tea companies in India.

The deal to take over the chain's 17 outlets here was finalised in December last year - the same month that Twelve Cupcakes founders, former radio DJ Daniel Ong and ex-beauty queen Jaime Teo, announced their divorce. The couple, who were married in 2008, started the brand in 2011.

Twelve Cupcakes also has more than 10 outlets in Jakarta, Taipei and Hong Kong that are run by franchise partners.

In a phone interview from Kolkata, Mr Mrigank Dhanuka, 36, a former managing director of Dhunseri Petrochem, a subsidiary of Dhunseri Group, says he found out about Ong and Teo's intention to sell the business through a mutual friend. They started negotiations in the first quarter of last year.

He says: "Twelve Cupcakes is a popular brand that most Singaporeans know, with 17 outlets in prime locations."

He plans to add more cupcake flavours and diversify to other types of desserts.

"The food and beverage scene in Singapore is very competitive, so adding more products is a way of increasing revenue," says Mr Dhanuka, who will relocate here to oversee the chain's operations.

There are also plans to add eight more outlets here over the next two years and to expand to India after "business here have stabilised".

Ong, 41, says: "It has always been an intention of Jaime's and mine to sell off Twelve Cupcakes once it has reached its maximum potential based on our capabilities."

He intends to focus on other ventures, such as distributing Brewlander & Co, a Cambodia-based craft beer, here from next month. He also plans to take on more hosting and motivational speaking jobs.

On choosing Dhunseri Group, he says that it is "most aligned in bringing Twelve Cupcakes to the next level".

He adds: "Twelve Cupcakes can tap on the group's resources, such as its funds and contacts worldwide. Dhunseri also has plans to expand its F&B footprint in Singapore and across Asia."

Both he and Teo will stay on as consultants for Twelve Cupcakes for a year.

The Dhunseri Group has been in the business of planting, manufacturing and selling tea in India for more than six decades. It owns 10 tea estates in Assam in north-eastern India and two other estates in Malawi, producing mainly black tea.

The group's annual tea production capacity is about 20 million kg. It also has petrochemical businesses in India.

The takeover of Twelve Cupcakes marks its entry into the Singapore food and beverage scene. It will also take a franchise of an American eatery to India next month.