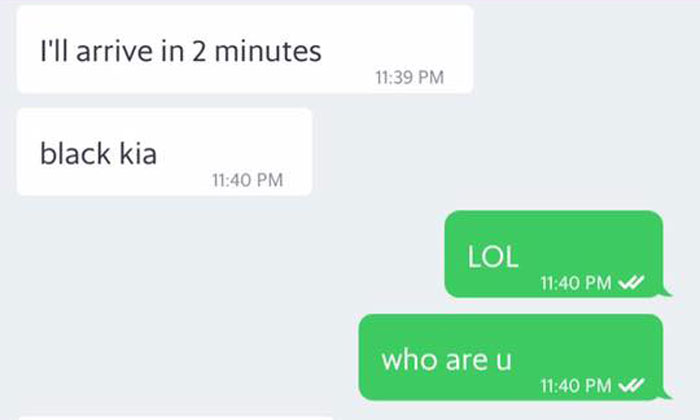 A text conversation between a guy and his GrabCar driver is cracking up the internet.

Facebook user Faith Kiew posted a screenshot of the conversation her friend, Marrcus had with a grab driver.

The driver texted him:

Marrcus was taken aback and asked who the person was.

When he revealed himself to be his hired driver, he replied:

In Hokkien, "kia" means child or person so in this case, Marccus thought the driver was calling him a 'black person'.

The driver, of course, meant to tell him to look out for his car which was a black KIA, a Korean car brand.

The screenshot started as an inside joke within Marrcus' group of friends but soon spread and has garnered over 2,500 shares and 974 reactions.