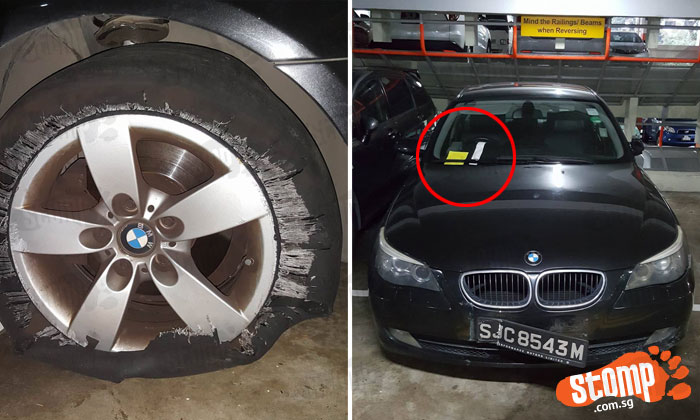 Stomper Daniel saw an abandoned BMW at at Block 158A Jalan Teck Whye this morning (May 6) at around 12.20am.

In a telephone interview, the Stomper said that the car was in bad shape.

There were huge scratches on the car's doors and its bumper.

One tyre was badly damaged was a part of its metal rim had been worn off.

When the Stomper first saw the car, its headlights were on and the key was left inside the car.

Said Daniel about what he saw:

"This morning when I came back to the carpark again at 6.50am, I noticed that the Police had left a note at around 4.55am.

"The note said that the driver has to proceed to Choa Chu Kang NPC to collect his keys.

"There was also a 'saman' slip.

"I suspect the driver might have been drunk and left his car at the carpark."