Take a hint bro! Guy tells girl "You are mine", despite her flatly rejecting him 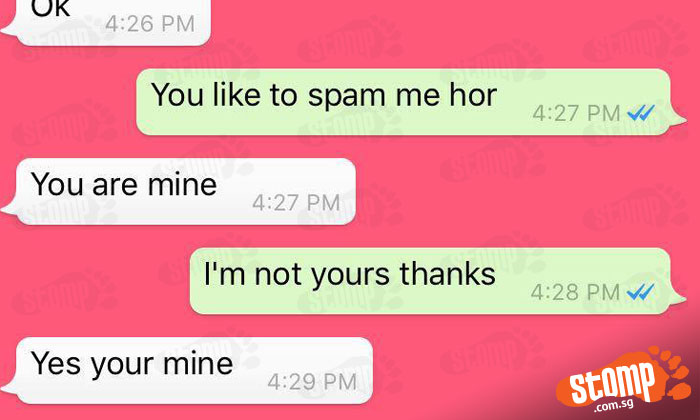 Some people just cannot take "no" for an answer.

A 19-year-old Stomper wanted to share how one of his secondary school mates will not stop texting girls on WhatsApp and Facebook.

"He keeps texting one of my friends non-stop despite being warned countless times.

"He just refuses to listen."

The Stomper shared screenshots between the guy and one of his friends who is 17.

When the Stomper confronted his former school mate about how he has been harassing these girls, he said he simply wants to "make friends".

"I told him to unfriend all those people he didn't even know and asked him why he added so many girls.

"He said that girls are 'more friendly' but what he really is after is asking for 'stead' and forcing them if they don't want to."