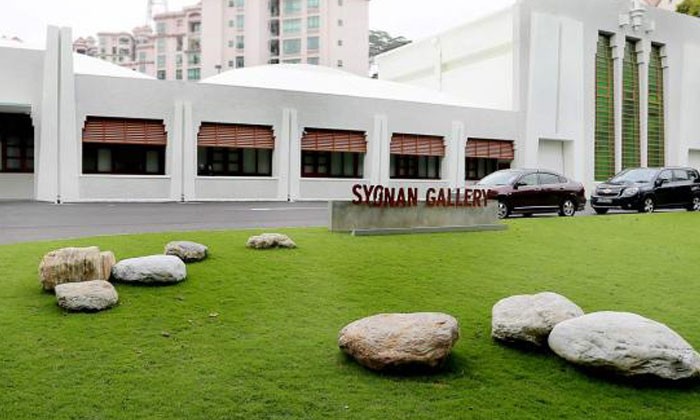 It has yet to open to the public but the new name of the revamped museum at the former Ford Factory - Syonan Gallery - has already raised a few eyebrows.

Some have questioned if it is an appropriate name, saying that it seems to be honouring the period of the Japanese Occupation.

Singapore was renamed Syonan-to by the Japanese in 1942, following the British surrender. It means "Light of the South".

The name Syonan Gallery is emblazoned across the entrance of the museum in Upper Bukit Timah Road, and it is the name used in its road signage. The extended name of the museum, which focuses on World War II, is Syonan Gallery: War and its Legacies. It was previously called Memories at Old Ford Factory.

Operated by the National Archives of Singapore (NAS), the museum officially launches next Wednesday on the 75th anniversary of the fall of Singapore. This follows a year-long revamp.

Mr Kwek Li Yong, founder of heritage civic group My Community, said: "There are negative connotations associated with the word Syonan - because it was the Japanese occupiers' name for Singapore."

Heritage expert and law professor Kevin Tan added: "I think a more appropriate name might have to be found because it suggests a celebration of the time period. The frontage could be more sensitive."

In response to The Straits Times, the National Library Board, which oversees NAS, said the name was selected in consultation with the public via focus group sessions including history academics, museum guides, students and parents.

Its spokesman added: "'Syonan' is also a historical name easily recognisable and associated with the Japanese Occupation in Singapore when the nation was renamed Syonan-to after the surrender of the British."

The museum's revamp has yielded a more dynamic display of artefacts, moving away from a cluttered display and text-heavy explanations.

It occupies a former car assembly plant at the site of the British surrender of Singapore to the Japanese on Feb 15, 1942. The building was gazetted as a national monument in 2006.

Minister for Communications and Information Yaacob Ibrahim and the media were given a tour of the museum yesterday.

Some members of the public say they are uncomfortable with the name. Mr Garry Bor wrote on Facebook: "Doesn't the word 'Syonan' carry negative and painful meaning, especially for those who actually lived through the occupation?"

Others do not see a problem with it. Retired teacher K. Nadarajah, 89, who survived the war, said "enough time has passed", while Singapore Heritage Society executive member Yeo Kang Shua said it is an improvement from the previous moniker.

"The old name Memories at Old Ford Factory didn't reflect the content of the gallery fully as it seemed to be focused on the history of the site itself. The new name is more all-encompassing," said Dr Yeo.

Heritage blogger Jerome Lim said that while the name is laced with negative connotations, it is a "good way to jolt those less aware of the horrors associated with the war".

The gallery is divided into four zones. The first sets the scene of pre-war Singapore and traces the building's evolution. The next section covers the fall of Singapore and highlights Japanese aggression and the weak British defences.

The third is focused on the period when Singapore became Syonan-to and chronicles the occupier's acts of atrocity. The last zone discusses the aftermath of war.

Dr Yaacob said the gallery is a reminder that peace and harmony should not be taken for granted. "As a small nation, we always have to be on our guard and recognise that security is important and that everyone has a role to play," he said.