Study finds that Singaporeans are not sleeping enough 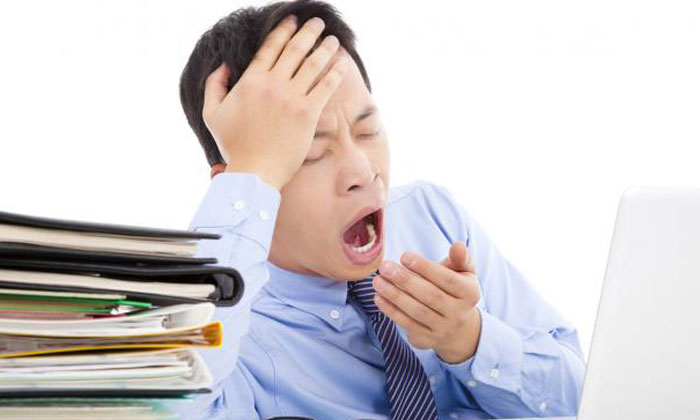 Singaporeans are known to be overachievers, but they lag behind when it comes to sleep.

Four in 10 people, or 44 per cent, lack sleep on weekdays, according to a study by SingHealth Polyclinics. They had less than seven hours of rest a night.

Meanwhile, 26 per cent failed to clock enough sleep on weekends.

The rate of 44 per cent is higher than that in countries such as the United States, where studies found that between 35 and 37 per cent slept less than seven hours daily.

In Singapore, the sleep-deprived tend to use mobile devices in bed or in the bedroom, the study found.

They also tend to hold full-time jobs, smoke, and have caffeinated drinks two hours before turning in.

Based on these findings, the researchers plan to come up with a checklist for patients who experience sleep-related problems.

Dr Tan Ngiap Chuan, one of the authors of the paper, said: "If the patient has a sleep issue, what we can do, given that we already know the common factors, is to quickly go through these factors.

"If we are able to identify a modifiable factor, such as taking caffeinated drinks before sleeping, then we can have a very quick solution for these patients."

The SingHealth study, which was published in the international journal Medicine in August last year, involved 350 people aged between 21 and 80.

They were approached at Sengkang and Bukit Merah polyclinics, and were interviewed using a standardised questionnaire.

People who reported having enough rest tend to have regular sleeping times, do not smoke, and are retirees or unemployed.

In addition, more Chinese participants had adequate rest, compared with Malays and Indians.

While mobile devices were partly to blame for robbing people of much-needed sleep, their effect was dampened on weekends.

More people who use mobile devices in bed were able to get enough sleep on weekends, compared with those who did not, the study found.

Dr Tan Ee Ju, who has a practice in Toa Payoh, agrees that insufficient sleep is a common problem.

"Students may develop poor sleep habits because of school work, exam preparation and the Internet, and take these habits into their adult life," he said.

"Parents should cultivate good sleep habits and patterns in their children when they are young," he added.

A lack of sleep can lead to health problems such as headaches, fatigue, poor focus, hypertension and anxiety issues.

Bank manager Poon Sau Peng, 59, who sleeps five to six hours a night, has dozed off at work.

She said: "I have fallen asleep at work meetings, especially if I'm not participating actively. Sometimes I even snore. My colleagues have to pinch me to wake me up."

Related Stories
This guy has found the most 'genius' way to sleep in class
Taiwanese tourists robbed of $2,700 after falling into deep sleep at 'strange' Pattaya hotel
Man writes a list of funny yet sarcastic requests to guy sleeping with his wife
sleeping
healthy
healthy lifestyle
fitness
researh