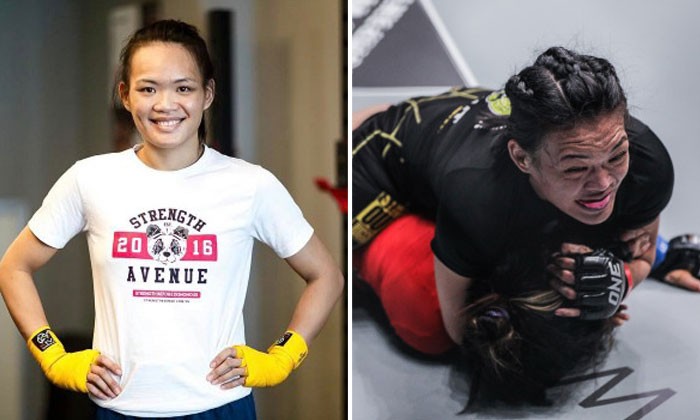 Singapore MMA fighter Tiffany Teo has been successful in the budding stages of her prizefighting career as she is in the midst of learning the ropes to being an international athlete.

Teo is undefeated in her professional matches. Plying her trade in minor MMA leagues in the Southeast Asian region, Teo owns two knockout victories and one submission win.

Due to her impressive run in small-scale MMA promotions, ONE Championship noticed Teo and gave her a spot on the undercard of ONE: DEFENDING HONOR in Singapore last November.

“It was my first time fighting in front of a crowd of that scale. I didn’t know what to expect. I was nervous. I wasn’t as relaxed as I usually am for my past fights,” Teo recalled in jest.

To the delight of the crowd in attendance at the packed Singapore Indoor Stadium, Teo had a triumphant promotional debut with a dominant performance against Egypt’s Walaa Abbas.

It was no surprise that Teo had the advantage from the toe-to-toe stance in the opening stanza, but she shocked everyone with her high-level grappling game by gaining full mount on multiple occasions before pounding away at Abbas.

Teo wrote the final sentence in the second round as she took Abbas’ back and latched on on a rear-naked choke to force her Egyptian opponent to tap.

After pulling off a spectacular performance in her maiden outing as a ONE Championship competitor, adulation poured down on Teo, who is now being touted with a bright future in MMA.

However, Teo does not want to rest on her laurels as she believes that there are a lot of work to do to cement her legacy in the sport.

“Even though I got the victory, I felt like there were a lot of things I had to work on post-fight,” she said. “While I remembered being happy that I won, at the same time, I felt that I could have performed better and finished the fight sooner.”

There may be a need of fine-tuning in her overall MMA game, but the 27-year-old Singaporean fighter is happy with the outcome of her ONE Championship debut as it inspires her to be a better combatant inside the cage.

“I'm sure that it will be better this time around. After the first fight at ONE Championship, I know now what to expect. I’m sure I will cope with the nerves better,” Teo guaranteed.

“I always want to be a better fighter in every fight. I know I'm a late bloomer compared to other fighters. This is also why I'm constantly trying to improve my skillsets,” she added.

Teo is set to have her first assignment for 2017 as she squares off with Indonesian kickboxer Priscilla Hertati Lumban Gaol at ONE: THRONE OF TIGERS in Kuala Lumpur, Malaysia on 10 February.

According to Teo, she plans to use her upcoming match as a footstool to achieve her goal as a professional MMA fighter, which is to become a world champion.