S'pore banker buys all 45 unsold units of upmarket condo -- for a whopping $411.6 million 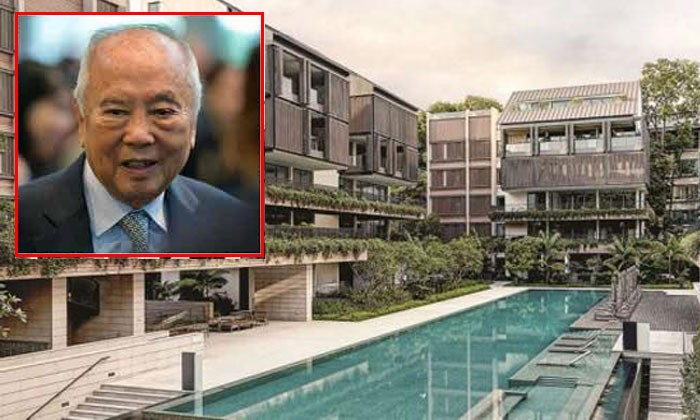 One of Singapore's richest men, veteran banker Wee Cho Yaw, has bought all 45 unsold units at upmarket condominium, The Nassim, for $411.6 million.

The bulk sale gets developer CapitaLand off the hook over penalties that apply to unsold properties after a stipulated period.

The penalties could have run to millions of dollars.

CapitaLand said the agreed property value represents a bulk sale discount of about 18 per cent on the current individual unit sale price.

This is in line with a range of discounts seen at recent bulk sale transactions, such as the 156 units sold at Nouvel 18 at a discount of about 16 per cent, as well as the 30 units sold at iLiv@Grange with 23 per cent off.

The 45 units at The Nassim make up a strata area of 16,446 sq m, and was sold by CapitaLand subsidiary CRL Realty, which owns the property developer Nassim Hill Realty.

Other individual buyers have snapped up 10 units in the property at 18, Nassim Hill, which features 55 units in eight five-storey blocks.

It was previously reported that some of these buyers include Mr Sigid Wonowidjojo and his relative.

The remaining 26 are three bedders.

The deal is the latest in a series of recent bulk sales of residential units which developers have done to avoid the Qualifying Certificate (QC) penalties.

Under the Residential Property Act, developers issued with a QC upon buying private residential land must finish building the project within five years of acquiring the site and sell all units within two years of obtaining a temporary occupation permit (TOP).

Failing that, the developer pays extension charges pro-rated to the proportion of unsold units.

The Nassim, which received its TOP in August 2015, would have had to pay extension charges by August this year on unsold units.

CapitaLand estimated that if the 45 units had been unsold by August, it would have had to pay $9.3 million in the first year.

These fees would have jumped to $27.9 million by the third year.

As at Oct 27, the Government collected about $58.2 million in fees, up from just $24.9 million collected in the whole of 2015, said the Singapore Land Authority last year.