Sorry kids, you need to be at least 1.35m tall to ride with Grab and Uber 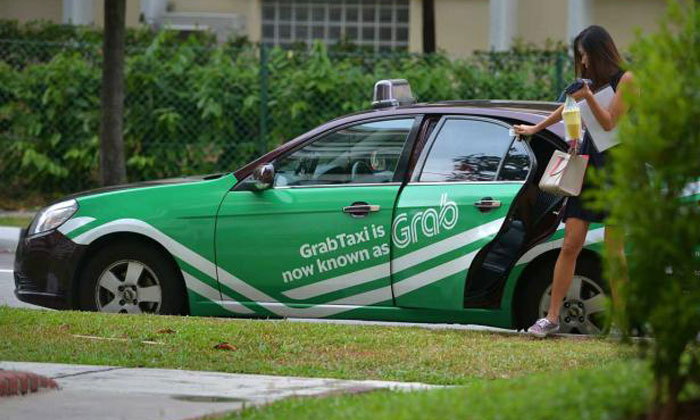 Commuters who book a Grab or Uber car may be surprised to find the driver refusing to take them if they are accompanied by young children.

The driver is only obeying the law, albeit a little-known one.

Under the Road Traffic Act, it is illegal for private hire cars, which include Grab and Uber, to carry passengers under 1.35m without a booster seat or a child restraint.

Unlike taxis, private hire cars do not ply roads for passengers but are hired under a contract.

Offenders can face a composition fine of $120 and three demerit points. If charged in court, they can be fined up to $1,000 or jailed up to three months.

The Singapore Police Force website states that taxis are exempted because they are public service vehicles, and it would not be reasonable for them to carry child or boosters seats. But anyone below 1.35m must be seated in the rear of the taxi.

Not many commuters know of this rule, say Grab and Uber drivers The New Paper spoke to.

One full-time Grab and Uber driver, who wanted to be known as Janet, 46, said she rejects four to five passengers a week because they have children.

Last year, she explained the rules to two women with two toddlers, but they still tried to enter her car.

When she exited her car to stop them, one verbally abused her and slammed the car door .

Janet told The New Paper: "Drivers would not risk losing their licence for a fare. If I lose my licence, I would lose my job."

Another Grab and Uber driver, Mr Steven Tan, 47, said a customer with a toddler threatened to lodge a complaint against him and slammed the car door after he rejected them.

Grab told TNP that passengers with children below 1.35m and travelling without child booster seats should book the GrabFamily service, which are GrabCars equipped with booster seats for children between four and seven years old.

GrabFamily drivers can buy the booster seats at a discounted rate. Passengers can also book a GrabTaxi, which are exempted from the rule.

The GrabFamily service costs about $2 more than a GrabCar.

Housewife Victoria Yeo, 42, said she has used Grab or Uber with her seven-year-old daughter at least three times a week for two years, and has not been rejected once.

She said: "If it is a law, then drivers should tell me. Why have a rule that no one knows about?"

Dr Lee Der-Horng, a transport researcher at the National University of Singapore, said: "Once the passengers are in the vehicle, I do not see the difference between a private hire car and a taxi. The reason for exempting taxis needs to be justified further.

"But if private hire cars were to abide by the rule, they can use it as an added incentive because privat