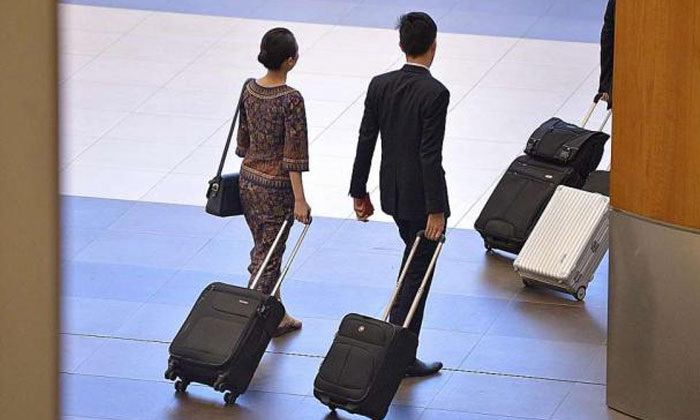 Some cabin crew working for Singapore Airlines (SIA) have expressed unhappiness over the company's medical leave system, and the Ministry of Manpower (MOM) is in touch with their union and management about their concerns, The Straits Times has learnt.

Some crew members said the current scheme discourages those who are genuinely ill from taking medical leave. They told The Straits Times anonymously that employees have incentive points that are docked when they submit a medical certificate for common ailments such as cold and cough.

Everyone starts with 10 points each year, which are lost once 12 casual MCs are accumulated.

The Straits Times understands that these points are taken into account in staff's annual appraisals, although they make up less than 5 per cent of the weightage.

A crew member said: "The whole system is flawed. Why even make it a factor... You really just end up penalising those who are really ill."

SIA declined to provide details of its performance management process, but stressed that those on medical leave are encouraged to rest and recuperate at home.

Operating with an MC is in fact a disciplinary lapse, said the airline.

Crew members are granted up to 28 days of paid medical leave and six months of paid hospitalisation (non-casual) leave for chronic or prolonged illness.

SIA spokesman Nicholas Ionides said: "As with all other businesses, employee productivity and attendance at work are important for a successful airline operation. Although crew attendance is a component in the performance management process, we would like to emphasise that crew performance is measured across many other factors."

MOM, which is believed to have made contact with SIA in the last week, told The Straits Times that paid sick and hospitalisation leave is "a basic protection" under the Employment Act and a core benefit in collective agreements.

A spokesman said: "Employers should avoid penalising an employee solely based on his consumption of sick leave. Employers should adopt appraisal or performance management systems which are fair, objective, and which take into consideration the employee's ability, performance and contributions."

He urged all employers to communicate their employment and work-related terms and benefits to employees clearly to avoid any misunderstanding.

Employees who feel that they have been unfairly penalised for taking sick leave can approach the ministry for advice and assistance, he added.

She was due for a return flight to Singapore, with a stopover in Hong Kong, when she was found dead in her hotel room.

She had allegedly told her colleagues that she was not feeling well. The cause of death has yet to be certified.

When asked about these concerns, Mr Alan Tan, president of the Singapore Airlines Staff Union - SIA's biggest union which represents cabin crew - said: "We are aware that there is some unhappiness and concern among staff, and we are in discussions with management over this issue."