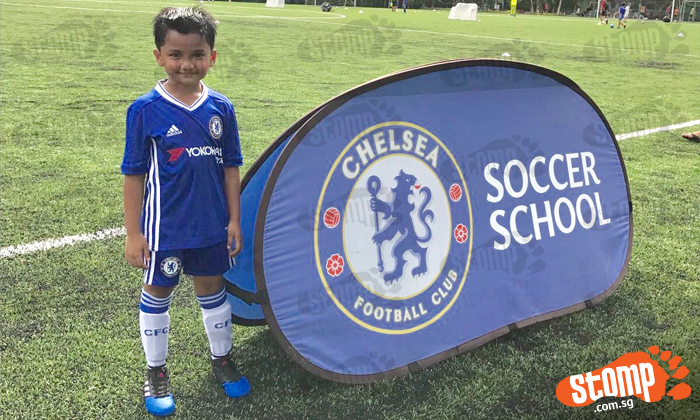 A soccer fan took his love for Chelsea F.C. to the next level, by naming his son after the club.

After being a diehard Chelsea fan for 25 years, Shyam Luke decided he wanted his son to carry his favorite English team's name, and hence named him 'Chelsean'.

A father of three, his wife was initially against naming their older children after the club - his daughter is named Carla Maristella and his older son's name is Carlos Miguel - but decided to give in when they were naming their youngest son.

One would think that naming your child after a football team would lead to some ridicule, but it does have its perks.

For Chelsean's first birthday, he received an autographed picture of Chelsea captain John Terry, a birthday card, an official letter from the club, and a poster signed by all the players.

He received more gifts from the club when he turned three and six.

Like his father, Chelsean quickly fell in love with the sport and started playing soccer at the tender age of two. He also visited Stamford Bridge, a football stadium well-known for being the home ground of the English club.

Now aged six, Chelsean is training with the Chelsea F.C. Singapore Soccer School Under 8 squad. His father said that he trains with the older children because 'coaches noted his passion and soccer skills'.

"I hope my son will shine in his passion and make it through to the Chelsea F.C. squad in England."