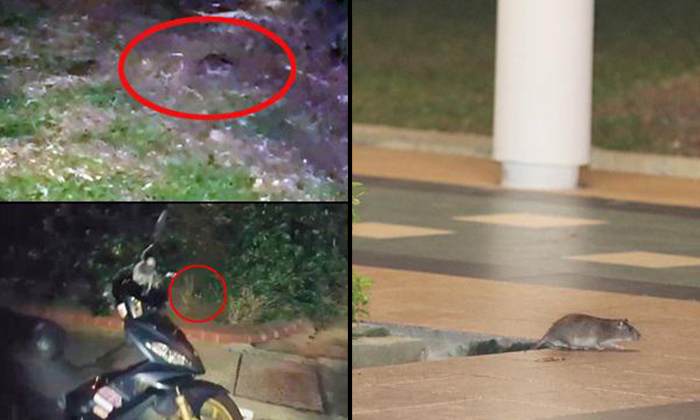 A rat infestation at Bedok North Block 551 has left residents frustrated, with the rodents openly crawling about in corridors, unafraid of humans.

Residents complain that the rats not only steal food, but also damage motorcycles when they grind their teeth on the vehicles, reports Lianhe Wanbao.

A resident told reporters that the infestation had gotten so serious, the situation was unbearable:

“Normally when you take a stroll through the corridors, you’ll see a few rats scurrying around.

“What’s worse, they are quite large and not afraid of humans at all.

“I think some of us are more afraid instead!”

However, what angered him more was the fact that the rats even damaged his beloved motorbike:

“This has happened twice already.

“Although I don’t keep food on my bike, the rats still chewed on the seats and even the cables .

“I had to shell out a sum to repair it each time.”

A 52-year-old owner of a shop that operates at the foot of the block told reporters that the situation had persisted for months:

“When the pest exterminators were here a few weeks ago, days got better, but there were still a lot of rats going around.

“Even though the exterminators found and destroyed many of the nests, within a few days, I found new nests in my store again.”

The owner even alleged that he had seen rats ‘jumping’ between motorcycles in the carpark.