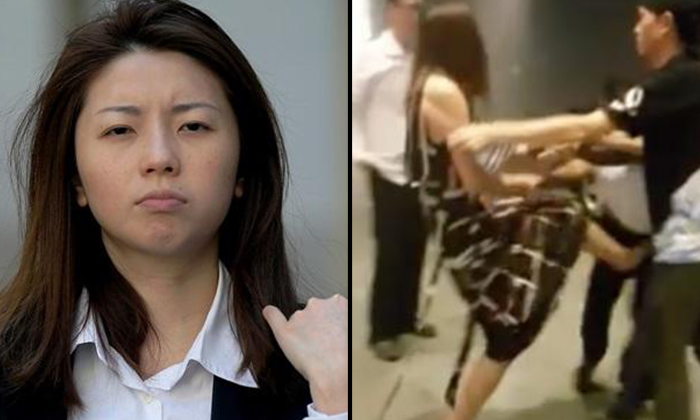 A 30-year-old woman has been charged in court for assaulting a taxi driver and a female security personnel while under the influence of alcohol.

In an earlier report, Stomper Eyeza had alerted Stomp to two videos of the woman assaulting the victims which were circulating on Facebook.

The first video showed the male taxi driver holding onto the woman’s bag to prevent her from escaping.

This prompted the woman to hit him repeatedly, asking him to let go, hurling vulgarities and even taunting him to call the police.

She has been identified as a Taiwanese and works as a broker.

The incident happened at a condominium on Enggor Street on Dec 7, 2016 at around 11pm.

During the incident, the accused hit and attempted to bite the driver.

The two counts of harassment were based on the accused hurling vulgarities at the two victims.

The accused was accompanied by a middle-aged male and female to the States Court this morning.

She did not say anything when the charges were read out, but conversed with her lawyer after she was charged, before leaving with her companions.