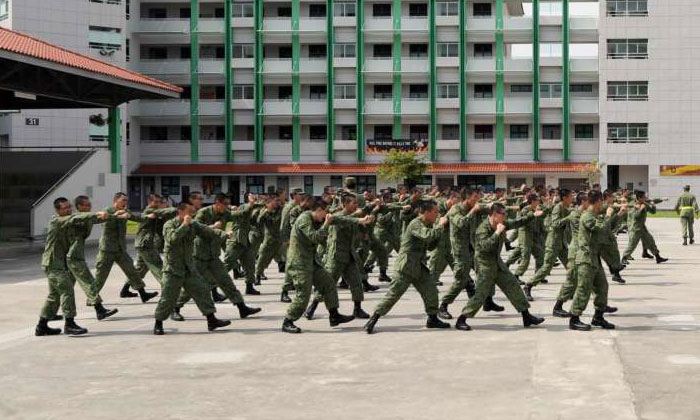 The identity card numbers and photos of a batch of Singapore Armed Forces (SAF) recruits were published online by mistake on Saturday (March 11) before the authorities realised the error and removed the information the next day.

The Basic Military Training Centre (BMTC) had uploaded pictures taken at the recruits' graduation ceremony on to Facebook. But it also included a link that displayed the soldiers' identity card numbers together with their portraits.

In a statement, BMTC commander Desmond Yeo said the training centre "recognises that making available our recruits' portraits, labelled together with their NRIC numbers on a platform accessible to the general public, was an oversight".

"We apologise for the mistake," he added.

Colonel Yeo explained that portraits of recruits are usually uploaded online so that they can share them with their families and friends. A recruit's photo is usually manually labelled with his platoon, section, and bed number.

But for this latest graduating cohort, the labelling was automated by scanning the recruits' SAF identity cards so as to speed up the process. This resulted in the photos being labelled by the identity card numbers.

No other personal data was released, Colonel Yeo said.

"BMTC immediately removed the link to the portraits by noon the following day, when the oversight was realised. We are reviewing our procedures to prevent a similar recurrence," he said.

In February, the Ministry of Defence disclosed that the personal details of 850 national servicemen and its staff had been stolen in what the ministry described as a "targeted and carefully planned" cyber attack.