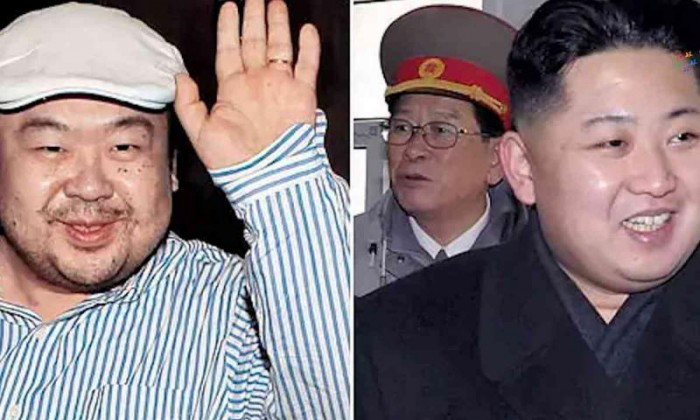 South Korea’s spy agency confirmed the killing of North Korean leader Kim Jong-un’s half-brother on February 15, saying Kim Jong-nam had faced murder attempts for the past five years that prompted him to “beg for mercy.”

Kim, 46, asked for help while queuing to board a flight to Macau at the international airport in Kuala Lumpur at around 9am on Monday, after two women approached to poison him, National Intelligence Service Director Lee Byung-ho told lawmakers, citing CCTV footage.

He was pronounced dead on his way to a nearby hospital and the suspects were likely to be North Korean operatives and still in Malaysia.

Kim was believed to have a fake passport as he often did in the past, reports The Korea Herald.

Malaysian police confirmed the death of a North Korean man identified with his travel document as Kim Chol, born in Pyongyang in 1970.

“The assassination of Kim Jong-nam had been a ‘standing order’ since Kim Jong-un took power,” Rep. Kim Byung-kee of the Democratic Party of Korea told reporters after a closed-door session with the spy chief, adding that a full-fledged attempt was made in early 2012.

“In April 2012, Kim Jong-nam sent a letter to Kim Jong-un, begging for mercy for him and his family and saying they have no place to go and hide out, and they know well that the only way to run away is to commit suicide.”

The NIS assessed that multiple agencies may have been involved but the Reconnaissance General Bureau could be the chief engineer.

His first wife and son live in Beijing, and his second wife, son and daughter in Macau, under the protection of the Chinese authorities.

But the agency denied speculation that the deceased Kim could have sought to defect to South Korea, the lawmaker said, adding he had never made such an attempt.

“(The killing) reflects Kim Jong-un’s monomaniacal personality rather than the calculation that (Kim Jong-nam) posed a threat to his rule,” said Rep Lee Cheol-woo of the Liberty Party who chairs the parliamentary intelligence panel.

In Malaysia, Kim’s body is set for autopsy later in the day, while the authorities continue to track down the two women who the NIS said took off in the same taxi.

Japanese news reports suggested they could already be dead, but Seoul officials said they could not confirm it.

Seoul is striving to analyze the incident’s implications such as if it is a sign of instability within the reclusive regime.

It also scaled up security for key North Korean defectors, some of whom have faced death threats from North Korean agents in the past.

Acting President Hwang Kyo-ahn convened a meeting of the National Security Council early on Feb 15 calling for watertight readiness and vigilance across the border.