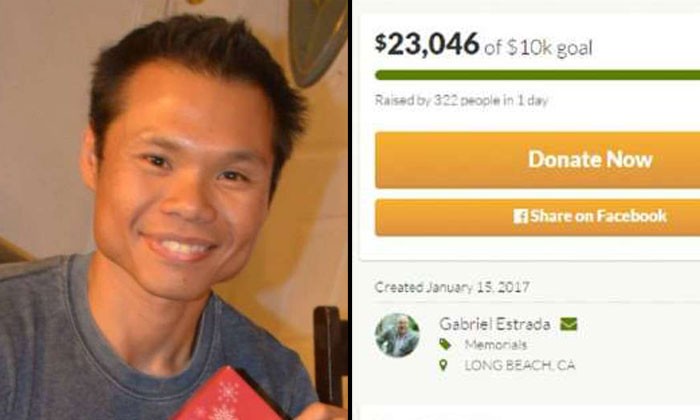 Mr Lionel Tan is believed to have died in an accident on a gun range in Norco, California, on Saturday (Jan 14).

According to the gofundme page, Mr Tan moved to the US from Singapore several years ago and attended Purdue University, where he studied aerospace engineering.

Mr CK Hwang, a friend of Mr Tan's, called for "all my fellow Singaporean friends" to "please help if you can" in a Facebook post on Sunday.

In replies to questions on his post, Mr Hwang said Mr Tan was "killed by a stray round from a non-competitor". From comments on the Facebook post, it is understood that Mr Tan took part in shooting competitions.

Mr Hwang said in a comment that someone "shot a high-powered round over the berm which then ricocheted and killed Lionel".

On the gofundme page, Mr Tan is remembered as "a good man and friend", "always the first to offer a helping hand or a kind word".

The page, which was created on Sunday by a Mr Gabriel Estrada, also said: "He expressed positivity and compassion in everything he did with a dedication to healthy living and a strong work ethic. This world was a better place with Lionel in it; Our friend will truly be missed."

A report in California paper The Press Enterprise said that Raahauge Shooting Enterprises, the shooting range where Mr Tan was killed, was closed for a day after the incident. The report also said that Riverside County Sheriff's Department had investigated and deemed the shooting accidental. It was the first fatal incident at the facility in more than 30 years.

Mr Tan's family is said to be travelling to the US to take Mr Tan home.

A memorial for him will be held in Long Beach, with the family mass and service held in Singapore, according to the gofundme page.

The Straits Times has contacted the Ministry of Foreign Affairs for more information.

Related Stories
Wife of detained captain: I just want him back
Are realistic toy guns allowed in public? Stomper spots this Halloween costume at The Verge
Victim recalls moment she realised she had been shot: "Suddenly, I tasted blood in my mouth"
crowdfunding
died
gun