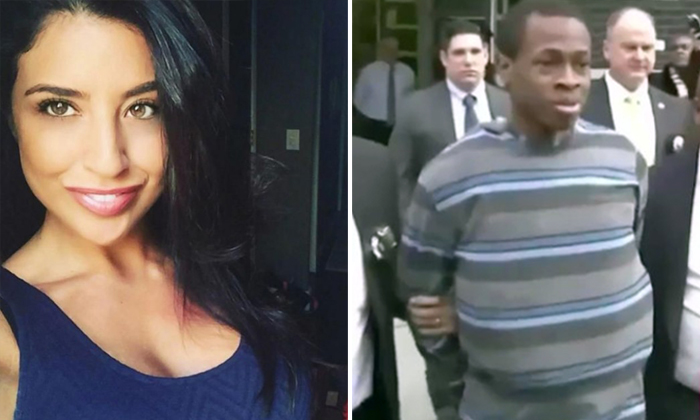 An unemployed 20-year-old man who has been charged with the sexual assault and murder of a 30-year-old jogger in New York City confessed to attacking her because he was "in a bad mood".

Karina Vetrano had been initially reported missing after a routine jog on August 2 last year. She was later found dead in a marshy area with her running tights pulled halfway down.

There was evidence of strangulation and marks on her body were "consistent with sexual assault".

According to Elite Daily, Chanel Lewis made "very detailed, incriminating statements" about the crime to detectives and described "each step of the assault" during questioning.

He was quoted as saying, "I was angry. I had some issues at home. I just lost it. When I saw her, I just hit her and kept hitting her. I hit her and choked her."

However, he denied raping her.

The accused appeared at Queens Criminal Court on Sunday (Feb 2), where he was confronted by Karina’s mother.

She had shouted at him, "A savage murderer! He f***ing murdered my daughter, my beautiful innocent daughter! Now your nightmare begins! He’s a demon! He should be in hell and burn in hell!"