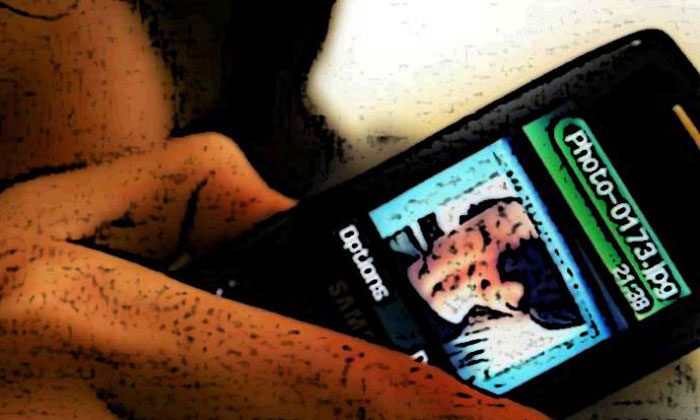 Angry with his ex-girlfriend for communicating with another man, an unemployed man e-mailed about 20 of her nude photographs to content-sharing site Tumblr.

Lu Yi, 21, and his then girlfriend, also 21, had exchanged nude photographs when they were in a relationship between June and August 2015. They broke up in January the following year as she found him abusive.

During this period, they had a dispute over a career event in March 2016. When he found out she was communicating with another man, he decided to send nude photographs of her to the web administrator of Tumblr.

Lu had come across a Tumblr hosted website where members of the public send nude photographs of individuals, while surfing the Internet at his Seletar Green Walk home on March 10, 2016.

These would be uploaded onto the website for everyone to view them.

He sent 20 nude photographs of the complainant along with her name and school details to the email address. Eight were quickly uploaded.

That evening, the complainant found out about the nude photographs from an unknown user on her Facebook account. She subsequently identified the photographs as the ones that she had sent to Lu when they were in a relationship. She felt embarrassed, ashamed and guilty, said DPP Tan.

She had the photographs removed within a few hours.

The victim suspected Lu to be the culprit and recalled that during their break-up, he had threatened to "make her suffer". But when confronted, he denied having anything to do with the photos.

She made a police report and Lu was later arrested. Sixteen nude photographs of the complainant were found in his mobile phone.

Once in the public domain, DPP Tan said these photographs could be easily reproduced and circulated, even when removed from the original source.

District Judge Wong Li Tein agreed with the prosecution that this was a pre-meditated and calculated offence. She said it was a "vicious act" and sentenced Lu to four weeks' jail.

Lu could have been jailed for up to three months and/or fined.