Man in Malaysia gets penis stuck in metal ring, needs 12 rescuers to free him 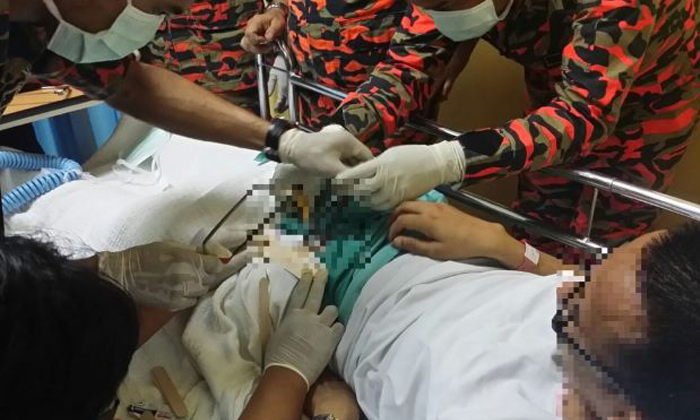 A man in Malaysia got his penis stuck in a metal ring on New Year's Eve (Dec 31), and had to call the City Fire and Rescue Department for help.

According to The Star, it took 12 rescuers from two fire stations to free the man, who was in his 30s.

Even more astonishingly, it was revealed that 80 percent of distress calls made to the City Fire and Rescue Department involving rings over the last three years were to remove rings stuck in the private parts of men.

Chief operations officer Samsol Maarif Saibani said that the department received a total of eight cases to remove stuck rings in 2016, while there were 22 cases in 2015 and 10 cases in 2014,.

“Usually in a case like these, we would be called in to help because medical facilities do not have the tools required to remove a ring from private parts,” he said on Sunday.

Unlike jewellery, these rings are usually made from dense metals and hence tougher to remove when stuck on private parts.