Man films woman on MRT, not realising reflection gave him away 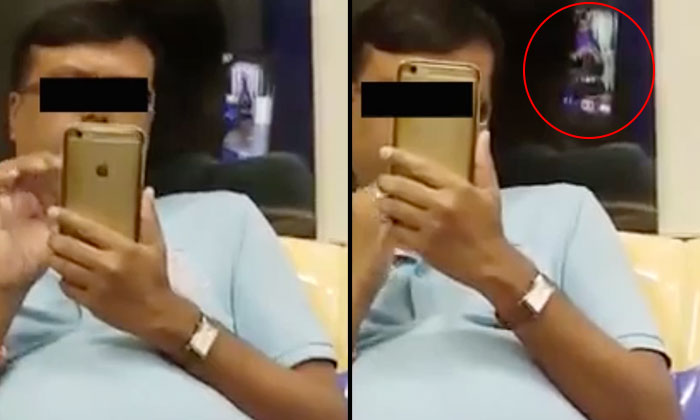 A video of a man surreptitiously filming a woman on an MRT train has been circulating online recently.

The video, shared on thelocalsociety and Singapore Uncensored’s Facebook pages shows a man in green shirt secretly filming a woman, not realising that the screen of his phone was reflected off the MRT window behind him the whole time.

He even zoomed in on the woman who was seated down.

The video ends with an announcement over the broadcast system that the train was reaching HarbourFront MRT Station.

In an accompanying caption, the alleged contributor of the video said that she was the woman in the video, and had confronted the man over his actions after taking a video of him as evidence.

The enraged netizen further revealed that she had lodged a police report and alerted staff at the station.

Stomp has contacted the police but is unable to confirm the claims.