Man drowns after falling into Kallang River: He was allegedly trying to wash his hands 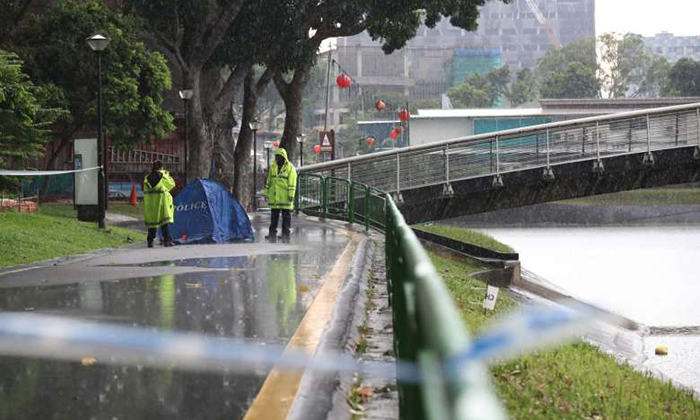 A 57-year-old man drowned after reportedly falling into Kallang River while trying to wash his hands there on Saturday (Feb 4) afternoon.

Mr Suhaimi Abu Bakar, the victim, had been spotted at Upper Boon Keng Road Block 14, near the river, at around 2.30pm.

Mr Liu, an eyewitness who was fishing nearby, told Lianhe Wanbao that he had seen Mr Suhaimi take some newspapers from a rubbish bin.

His hands had allegedly been soiled with dog droppings, so he reportedly climbed over the railings and was seen attempting to wash his hands in the river.

Mr Liu said he then heard a sound, and realised Mr Suhaimi was nowhere to be seen.

The Straits Times reports that the Singapore Civil Defence Force (SCDF) said it was alerted to a rescue incident at around 2.45pm.

SCDF then conducted surface search operations and deployed two pairs of divers, who recovered Mr Suhaimi's body from the river at around 4.30pm.