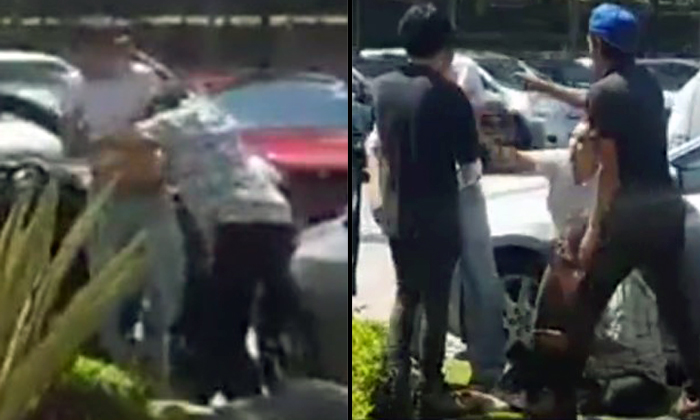 Apparently, trading blows is not enough in a fight these days. One has to dab his hand in saliva and slap his opponent as well.

A video shared on Roads.sg by Ini Sléé Roux shows just this, as what appears to be a road rage incident takes an even more bizarre turn towards the end.

The clip shows the two man punching and wrestling each other before falling on a grass patch nearby.

The younger of the two men manages to get the upper hand at this point, despite having his t-shirt ripped.

He manages to get on top of the elderly man and rains punches on him.

A youth rushes to pull them apart, followed by and older individual.

Another youth then arrives, and the three of them manage to separate the two men.

Others can be seen looking on from a distance, including the person who filmed the incident.

Related Stories
Alleged cat killer left with bloodied face after neighbourhood feeder catches him kicking cat to death
Driver gets harassed by drunk dude along Orchard Road -- then pushes him and hits him in head with pole
Woman who attacked security guard and kicked her in groin: Police investigating, victim's medical bills total $180
road rage
fight