Man allegedly pretends to be customer, sneaks in and steals from hawker stall at Bukit Batok Blk 359 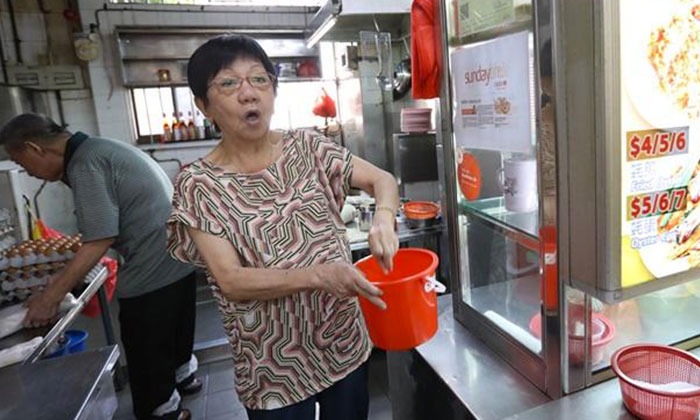 A man in a suit pretended to be a customer at a hokkien mee stall and sneaked in to steal from a tin which the 71-year-old owner kept her money in, while she stepped away to serve food last Saturday (Feb 4), at around 7pm.

The thief managed to escape with the money when she stepped away and her husband was busy cooking.

The owner said that she kept her notes in a cash tin, while her coins were placed on a saucer that served as the tin’s lid.

According to her, the thief looked to be a man in his thirties, who ordered a packet of char kway teow from her.

“After serving the customer, I turned to see if my husband was done frying the char kway teow for the man.

“That’s when i spotted him reaching into the tin and grabbing a handful of notes!”

She immediately shouted “thief” to sound the alert, which prompted the thief to run, still holding on to the notes in his hand.

The owner and some kind customers attempted to chase after the man, but lost track of him at the carpark behind the coffeeshop.

She estimated her losses to be more than a hundred dollars:

“The earrings from that day was gone, just like that.

“He looked so decent, so I didn’t expect him to be capable of such a thing.

“Stealing money is wrong, but stealing from the elderly like us is worse.

“Hope he finds a proper job and stops stealing.”

A police report has been lodged and the case is currently under investigation.