Malaysian woman gets shoved into foam and her chest groped during Siloso Beach countdown party: "I shouted but no one could hear me" 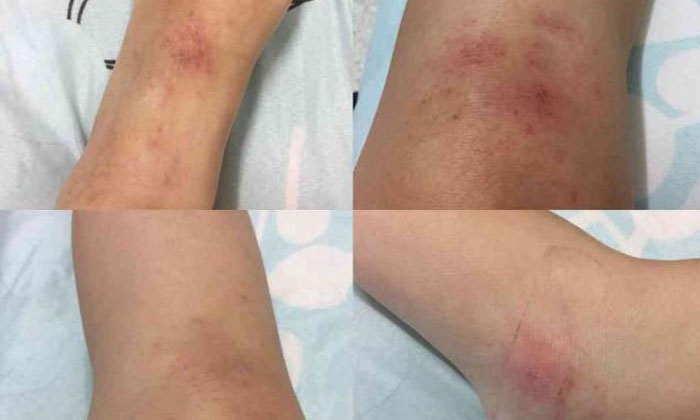 Pictures of a girl who sustained bruises after getting molested at the Siloso Beach countdown party on New Year's Eve has emerged on Facebook.

Recounting the incident, the victim, Evelynn Boey, wrote that she was molested at the foam pool as crowds jostled inside.

"Someone grab me/hug me (sic) from the back and pushed me in and started groping," Ms Boey wrote.

After the Malaysian was shoved into the foam, she claimed the attacker tried to yank away her bra and allegedly put his hand in her pants.

She wrote: "I shouted but I guess nobody can hear me as the music was loud too."

After the attack, Ms Boey approached a security guard who was standing by the foam pool, but was rebuffed.

"All I get from (the security guard) was 'I didn't see anything, I can't do anything'."

A police spokesman told AsiaOne that a report has been lodged.

Related Stories
Why so daring? Couple hug and grope each other in public
Pervert gropes woman on crowded bus in Turkey -- and gets beaten by all ladies on board
33-year-old man jailed for touching woman's left bra area on MRT train
molest
pervert
club
beach
party
drunk
New Year
groping
illegal
crime