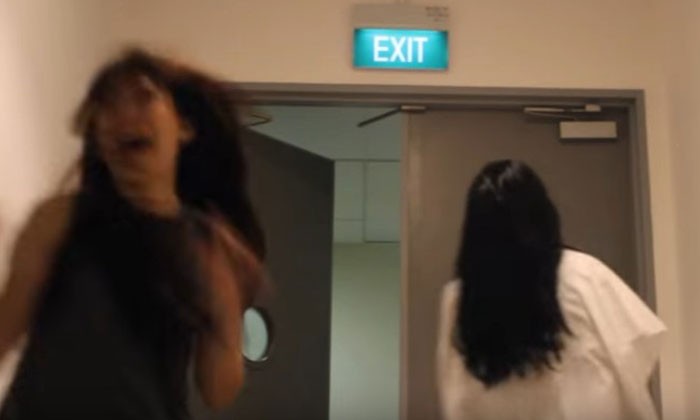 Stomper Alden alerted Stomp to a video on YouTube showing a ghost prank that was done at an office building in Singapore.

The video posted by RabakSG first shows unsuspecting victims taking a lift up the building.

As they left the lift and walked into an empty corridor, a sound was played to mildly scare the victims.

Some of them were unfazed while others got a little worried.

That however was just the appetiser to the main course.

The victims had to enter a room where a 'ghost' was hiding at a corner to scare them.

As you would expect, there were some epic reactions when the ghost made his appearance.

"We invited a few Bigo live users to the office for "business opportunities". Little do they know that the opportunity would be for them to appear in our first YouTube video, with them being scare by our friendly ghost."

Have a look at the prank in the video below.