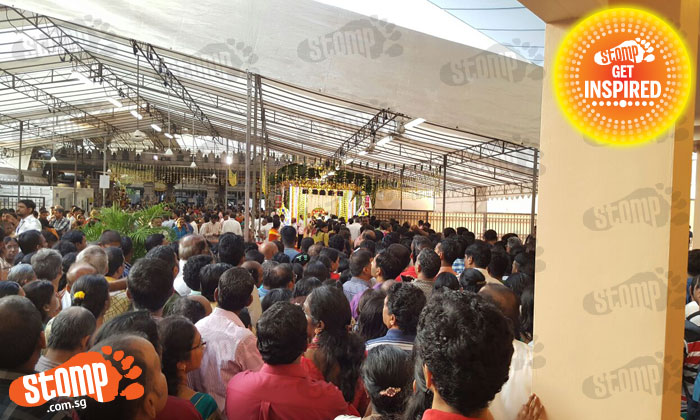 Stomper Veera attended the Vaikunda Edadasi event organised by the Hindu Endowments Board at the Sri Srinivasa Perumal Temple this morning (Jan 8).

According to the Stomper, Vaikunda Ekadasi is the "opening of the entrance doors to heaven to pray to Lord Perumal".

It was a big event that attracted several worshippers.

Veera was at first disappointed with how people had to squeeze through the crowd to get to the one "small" entrance into the temple.

"There was no proper queue system and lack of volunteers to guide the devotees to gain access into the temple.

"When feedback was given to the volunteers minding the crowd control, one of the volunteers spoke very rudely and said that they were not able to manage the crowd due to the many foreign workers.

"I was just wondering what have the foreign workers got to do with the poor organisation?

"There were several devotees who also raise their concerns and a kind soul from the management saw the commotion and assisted by calling in more volunteers to control the crowd and to form a proper queue for easy access which they should have done it earlier.

"I would like to thank the kind soul who took the initiative to look into the cause and rectify the situation."

Related Stories
The Great Singapore Crowds
Huge crowd seen at MBS till 2 in the morning -- and you can probably guess why
Another day, another train problem: Mobile services suspended, delay, and large crowd on Circle Line
crowd
kudos
good service
temple
foreign workers