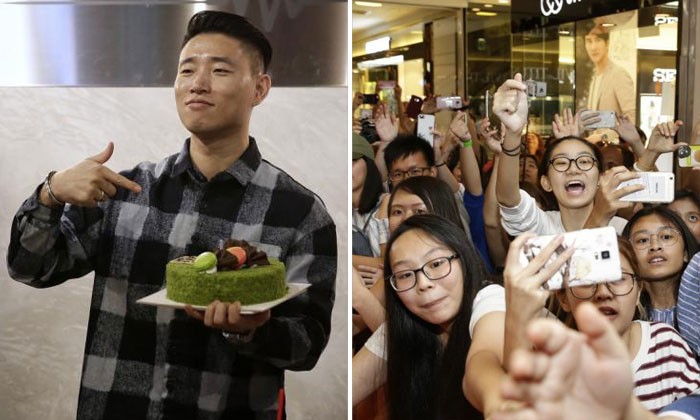 Hundreds of cheering fans turned up to see him, although only 130 contest winners got the chance to get up close with him in a meet-and-greet session at the mall's atrium.

In a short press conference inside the cafe, Kang addressed his much publicised recent exit from Running Man after spending seven years as one its most prominent cast.

"I left the show to focus more on music," he said through a translator. "I am now working on my music and I plan to release a new album this year."

Kang, who is also a rapper and lyricist, first came into prominence as part of popular and award-winning hip-hip duo Leessang. He has also released music as a solo artist.

dal.komm COFFEE Singapore's managing director, Ms Weileen Png, surprised the star with a cake to celebrate his upcoming birthday. He turns 39 on Feb 24.