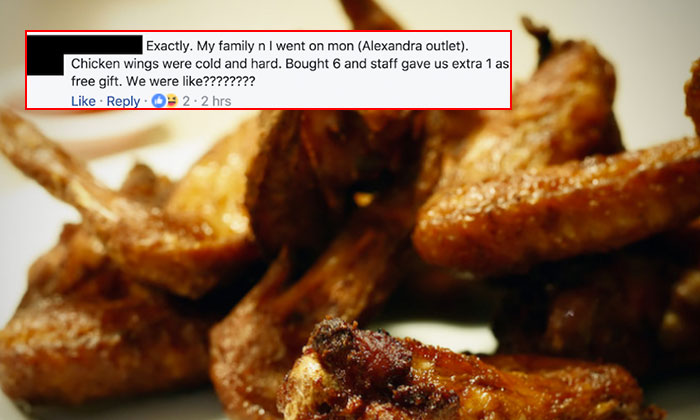 Ikea Singapore recently announced that it would halt the sales of its famous fried chicken wings from May 23 in response to many complaints from customers.

Furniture giant Ikea, known to many locals for serving Swedish fares in their cafeteria, such as their delicious meatballs has recently come under attack for what many perceive to be falling culinary standards, particularly in its fried chicken wings.

In response to the tide of criticism from locals, Ikea expressed its disappointment at failing to meet the expectations of the customers in a Facebook post, and said that it would stop the sale of its chicken wings temporarily, reports Coconuts Singapore.

It also promised that the chicken wings would be on the menu again in the future -- once the company figures out how to improve on them.

The announcement came as a shock to many, but many netizens have also taken the chance to voice their displeasure about the other food items in Ikea, including the hotdogs, salmon, and meatballs.

Said one netizen: "Your famous salmon and meatball standards have also been dropping for some time (even after you switched meatball supplier)! They used to be so nice! You should also look into it!"