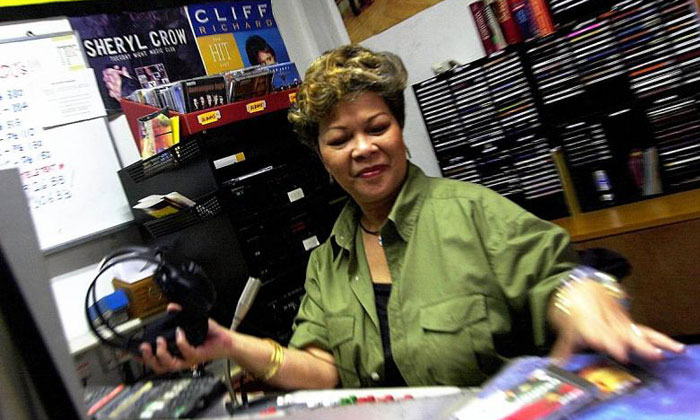 Radio veteran Juanita Melson, the voice behind the announcements MRT commuters got used to hearing from 1994 to 2008, has died.

Mrs Melson, who was in her early 70s, was a programme manager for over 20 years with Rediffusion, Singapore's first subscription-based radio station, which was launched in 1949 and closed in 2012.

She was the voice of the MRT public announcements when the train services first started them in 1994. Her voice was also used in some Fujitech lifts.

Kiss92 DJ John Klass, in a Facebook post, lauded his former boss at Rediffusion as the person who influenced his career in the radio and music business.

He said she was the one who hired him as a radio DJ just as he was fresh out of national service.

"Having no experience, she trained me and guided me in the fundamentals of broadcast presentation and the technicalities of radio. She was more than just a boss, and for many of us at Rediffusion, she was a good friend and to some extent, like a mother I never had," he said.

"Juanita was someone who never let anything beat her. If she set her mind to it, she would get it done," said the Flying Dutchman, who knew her from their time at Rediffusion.

He said her voice was special.

"There is a clarity and a calmness to her voice. There is something about her voice that will calm you down as you as you hear her," he said.

"Her voice was one that you could just register was hers when you heard it," he said.

"I started after her time, but I was aware of the legacy and of her work and how she impacted so many lives and continues to do so."

Her funeral mass will be held at 11.30am today at the Church of St Mary of the Angels in Bukit Batok before the cremation service at 1.30pm at Mandai Crematorium.