How many traffic offences can you spot in this one video? 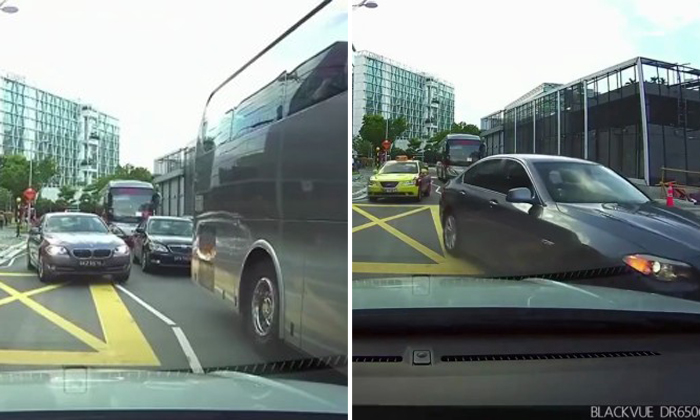 There are dime a dozen videos of motorists flouting traffic rules.

Some even break two or three rules a once.

If you think you have seen it all, take a look at this clip posted by Adam Goi on Beh Chia Lor - Singapore Road.

The video shows a car making a right onto a two lane road, with each lane for one direction of traffic flow.

However, a bus stopped on the road, marked with zig-zag lines, prompts a BMW driver to overtake by going against the flow of traffic.

A pedestrian is also seen running across traffic to cross the road.

When the BMW driver is faced with an oncoming car, he signals to cut back onto the lane he was supposed to be in.

Another driver stops to let the BMW driver change lanes.

However, a taxi is seen right behind the BMW, also going against the flow of traffic to make turn.

After these cars and the bus move off, viewers realise that a second bus is stopped over a zebra crossing, which was probably why the pedestrian was jaywalking.