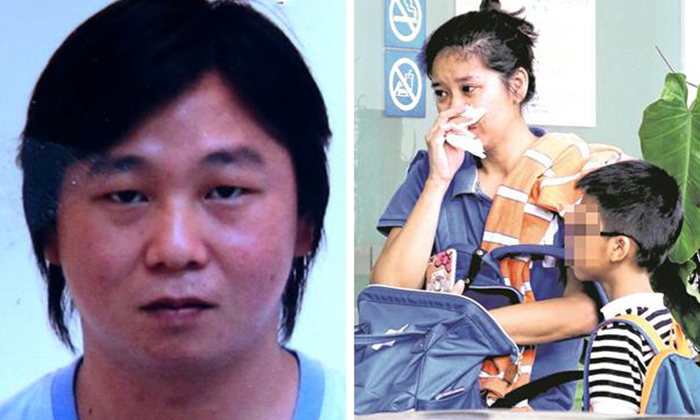 A 41-year-old co-owner of a gold factory experienced a sudden splitting headache and went to rest for half an hour, but was discovered facedown on his bed, in his HDB flat at Block 40, Chai Chee Avenue on Mar 1.

He was pronounced dead after being conveyed to Changi General Hospital, reports Lianhe Wanbao.

He had complained about a splitting headache at 10.20pm when he and his wife returned home from the factory after a 12-hour shift.

The deceased then took some Panadol before retiring to his room and was discovered by his wife half an hour later.

She flipped him over and discovered that he had vomited out his dinner and soiled himself: "I couldn't feel his heartbeat so I called for an ambulance immediately."

His 35-year-old wife told reporters that her husband was a goldsmith and started a gold factory a year back in 2015 with some partners: "The company was losing money though, and he barely received any pay."

According to his wife the factory was small and had only three owners and three employees, including her husband.

Due to this, the deceased had to oversee a lot of matters on his own and usually worked from 8am to 8pm, even on the weekends: "Sometimes when there was work to be rush, he would also continue working at home."

She also revealed that her husband faced tremendous stress at work and was often fatigued, but was seldom ill.

His death came as a shock to the entire family.

The Singapore Civil Defence Force (SCDF) confirmed that they were notified of the incident at 12.05am yesterday (Mar 2) and dispatched a fire bike and an ambulance to the scene.

A man in his forties was conveyed to the Changi General Hospital.

The deceased’s wife and family members made their way to the morgue to identify the body yesterday morning (Mar 2).