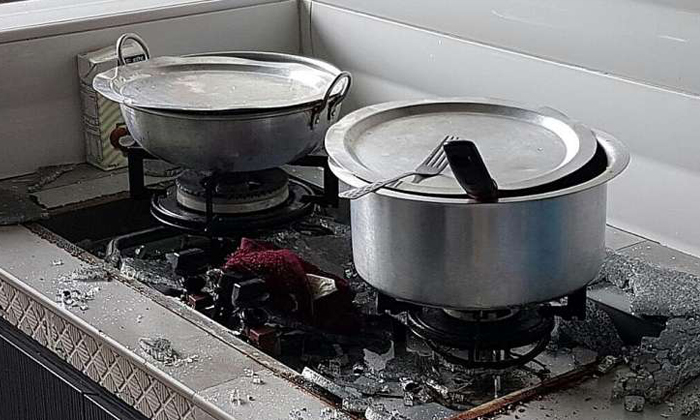 Ms Suzalinah Saidee had just stepped away from her glass-top gas stove while cooking lunch yesterday when she heard a loud sound.

It was her Turbo Italia kitchen hob shattering in her home at Block 420, Pasir Ris Drive 6. She was boiling meat at around 12.45pm, and had walked five steps away when she had to rush back and turn off the gas.

"I was so shocked," said the housewife. "My husband was like: 'What is happening?'" Her husband was in the living room, and her three children and domestic helper were all out at the time.

The incident comes one month after Electrolux recalled four models of its glass gas cooker hobs, following reports from customers of glass tops shattering while in use.

Ms Suzalinah said her stove, which she purchased on Jan 11, 2014, had some issues previously. On two separate occasions, she had to replace the ignition switch.

At 3pm, Ms Suzalinah called her gas supplier, who advised her to turn off the main supply.

At 5pm, she called Best Denki, where she had bought the stove, and was told somebody would be in touch with her. Ms Suzalinah, 50, said she will not be touching the stove until it has been looked at by the manufacturer.