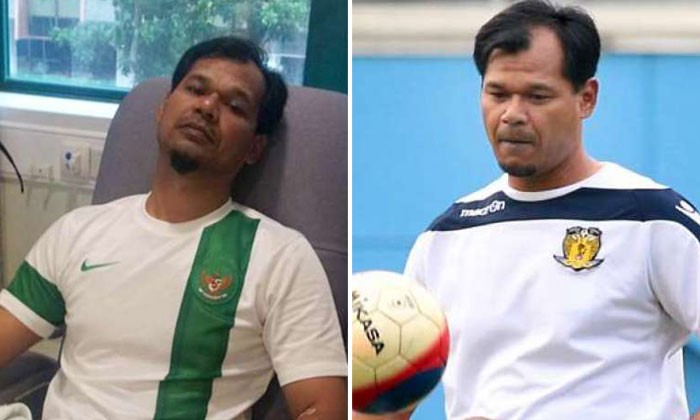 Former Singapore international footballer and Hougang United coach Amin Nasir died on Monday (Jan 16). He was 48 and leaves behind a wife, son and daughter.

Amin, the elder brother of former Singapore captain Nazri Nasir, was first diagnosed with fourth-stage colon cancer in 2012. His son Ashrul Syafeeq is a defender with S-League side Balestier Khalsa.

He was the head coach of S-League club Hougang United in 2014 and was head coach of the Football Association of Singapore's (FAS) Junior Centres Of Excellence, club academies and Schools Football Academy at the time of his death.

A statement on the FAS website said: "The Council, management and staff of the Football Association of Singapore are deeply saddened by the passing of Mr Amin Nasir.

"A former international who played for the national team in the 1990s, Amin was part of the squad that won a bronze medal at the 1993 SEA Games. A strong advocate of fair play, Amin always played with great determination and was highly respected by his team-mates, opponents and officials on and off-the-field.

"A firm believer in youth development, Amin was determined to build a brighter future for Singapore football and had spent the majority of his post-playing years coaching young footballing talents. Through his passion and dedication, Amin mentored and developed many young coaches and emerging talents in the various age-group teams he had led over the past decade.

"On behalf of the Singapore football fraternity, we would like to extend our condolences to Amin's family. Our thoughts and prayers are with them during this difficult time."