Foreign worker dies after being hit by taxi in Woodlands, CityCab driver arrested 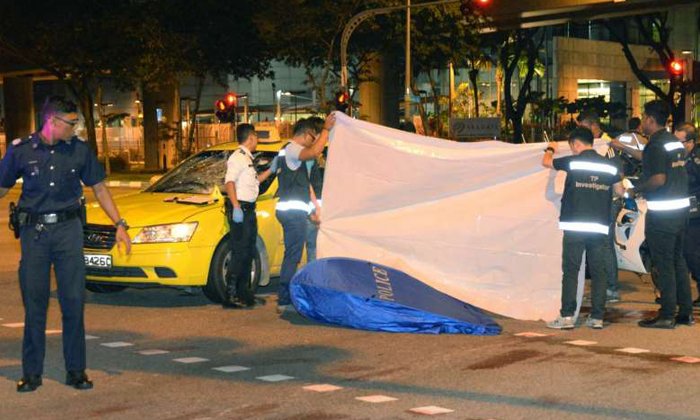 A 38-year-old foreign worker was killed in an accident with a taxi in Woodlands on Sunday (April 9) night.

The accident occurred around 11.20pm at the junction of Gambas Avenue and Woodlands Avenue 7, the police told The Straits Times on Monday (April 10).

The 49-year-old CityCab taxi driver was arrested in relation to the case.

The pedestrian, whom ST understands is a foreign worker, was pronounced dead by paramedics at the scene.

Shin Min Daily News said in a report on Monday that the foreign worker was believed to have been on his way home to a nearby dormitory when he was hit.

ST understands that the taxi driver claims the traffic lights were green in his favour when the accident occurred.