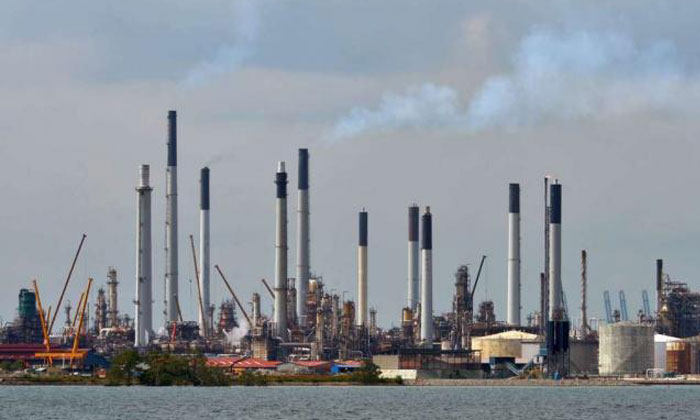 Oil giants Shell and ExxonMobil both had busy starts to the week.

Shell had a chemical leak at its Pulau Bukom manufacturing site on Monday, while a fire broke out at ExxonMobil's Jurong Island chemical plant on Sunday morning.

No one was hurt in either incident, and both companies are investigating the causes.

A Shell spokesman said the chemical leak occurred in a unit that was already closed for maintenance and "mitigating measures were immediately taken".

The Singapore Civil Defence Force (SCDF) said it was alerted to the leak on Monday afternoon.

Though it was not needed, it made its resources readily available at the site while Shell contractors contained the leak.

Shell did not say what the chemical was, citing commercial confidentiality.

The spokesman said: "There is no adverse impact expected in the water or the surroundings. Shell has a health, safety, security and environment policy and we are strongly committed to it."

The fire at ExxonMobil's chemical plant happened at 5.30am on Sunday and was put out by the SCDF and ExxonMobil's in-house emergency response team within 25 minutes of SCDF's arrival.

An ExxonMobil spokesman said: "Safety is a core value at all our operations and facilities. We learn from all incidents and use these lessons to reinforce our commitment to continued safety improvement.

"While we manage our business with the goal of preventing incidents, we are prepared for emergencies should they occur and can respond quickly and effectively."