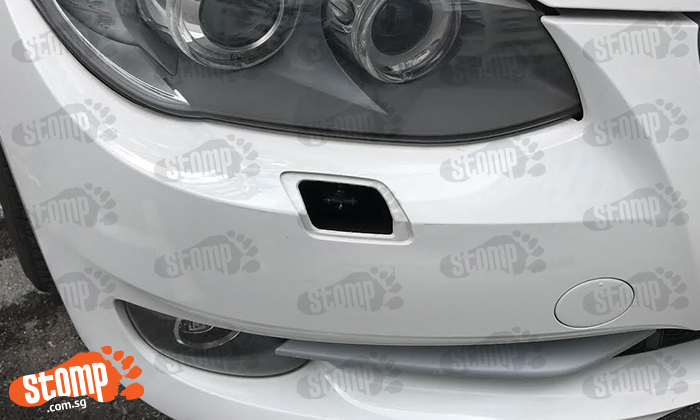 Stomper Sabine is appealing for witnesses to a hit-and-run accident that took place at the carpark of Block 821 Tampines Street 81 between 12.30pm to 1.30pm yesterday (Jan 21).

The Stomper was parked there between the above-mentioned period, and returned to find that the car's bumper light had been damaged.

"Looking for any assistance from anyone with a car-cam during the time of occurrence so that I can identify the culprit as my car was damaged in the process," said Sabine,

"The culprit had not even bothered to leave his particulars down after his act."

Anyone with information with regards to this incident can contact Stomp via email (stomp@stomp.com.sg) or via message to our WhatsApp (9384 3761).

A police spokesperson issued Stomp with the following statement:

“The Police would like to advise anyone with information to file a report with the Police at any Neighbourhood Police Centre/Post (NPC/NPP) or online via the ‘E-FEEDBACK ON ROAD USERS’ portal at http://www.police.gov.sg/epc/index.html so that the Police can look into the matter.

"Traffic violations can also be reported via the I-Witness portal at http://www.police.gov.sg/iwitness. Original videos of traffic violations recorded using in-vehicle cameras can also be submitted as evidence to assist Police in investigations. All information will be kept strictly confidential.”